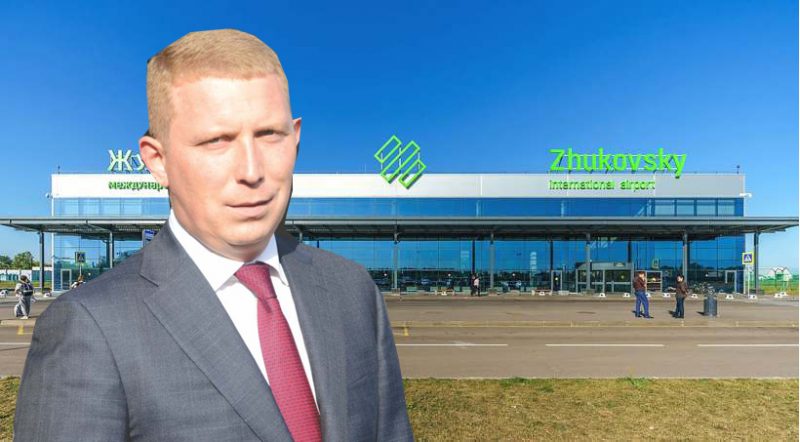 ZIA CARGO can handle any type of cargo, including oversize, thermosensitive, dangerous, valuable goods and live animals, without restrictions….It has enormous growth potential. For example, we are the only enterprise in our region that can potentially offer cargo transportation by air, road, rail (the airport has access to a nearby industrial line connected with the Moscow Railway) and river transport (in the vicinity of the navigable Moskva River).

Globalization and economic liberalization continue to unfold in diﬀerent ways in many parts of Russia nearly three decades since the collapse of the communist Soviet Union in 1991.

In the city of Zhukovsky, located about 40-km southeast of Moscow, whose economy is mainly anchored on aviation and scientiﬁc research, investments are pouring in mainly on the aviation and transport industries.

In 2016, the city opened a new airport—the Zhukovsky International Airport also known as the Ramenskoye Airport—owned and operated by Ramport Aero, a joint venture between the international holding company Avia Solutions Group and the Russian state corporation, Rostec. Ramport Aero is mainly engaged in airport construction, development and management with projects across Russia, Poland, Italy and Lithuania.

The fourth airport in Moscow after Domodedovo International Airport, Sheremetyevo Airport and Vnukovo Airport, the Zhukovsky Airport, which used to be a testing facility during the Cold War, is open for both classic and low-cost airlines and is designed to handle up to 12 million passengers by 2020.

In 2018, the airport which has the longest runway in Europe (5,400 m), paved the way for the opening of the Zhukovsky International Airport Cargo (ZIA CARGO) which mainly handles air freight and mails for Central Russia.

Zhukovsky Airport’s rapid development in terms of passenger traﬃc three years since its establishment creates opportunities for ZIA CARGO to grow and its long runway also enables the air freight company to receive and serve any type of aircraft without any take-oﬀ weight restrictions.

“ZIA CARGO is a cargo and mail handling operator located at Zhukovsky International Airport (Moscow Region, Russia), a new and rapidly-developing airport. One of the advantages provided by the airport is the longest runway in Europe (5,400 m). It allows us to receive and service any type of aircraft without any take-oﬀ weight restrictions,” Evgeny Solodilin, CEO of ZIA CARGO, told Air Cargo Update in an email interview.

Though commercially driven, ZIA CARGO’s main goal is to provide reliable means of air transport for Russia in general and foreign airlines and operators at Zhukovsky International Airport.

“Our number one task is to establish an eﬃcient and reliable service provider for Russian and foreign airlines, both for the current partners of Zhukovsky International Airport, and the upcoming cargo operators and airlines,” Solodilin explained.

“In fact, for companies from the European, Middle Eastern and Asian regions, ZIA CARGO is a new way to central Russia. And we will do our best to make this journey as convenient and simple as possible. It’s not about market dominance. Our mission is to provide our potential customers with diﬀerent options,” he added. Strategically located in the economic center of Russia, ZIA CARGO is fast becoming an important component of business operators in Russia and other nearby countries in the central region.

“We are located in the economic center of Russia: statistics show that Moscow and the Moscow Region account for up to 80% of the runway and the volume of air cargo in Russia. This opens up wide possibilities for the development of the chosen business model,” Solodilin said.

“The proximity of federal and regional highways, a developed system of warehousing and logistics center in the region and, of course, the airport’s dedicated air zone, everything speaks in favor of Zhukovsky International Airport. I am certain that ZIA CARGO will eventually become an impactful player in the air cargo market of the region.”

Encouraging passenger and cargo volumes on Zhukovsky Airport and ZIA CARGO’s opening along with the long-term business plan for the city convinced Ramport Aero to invest an additional US$35 million to fully transform it into a transport and logistics hub. 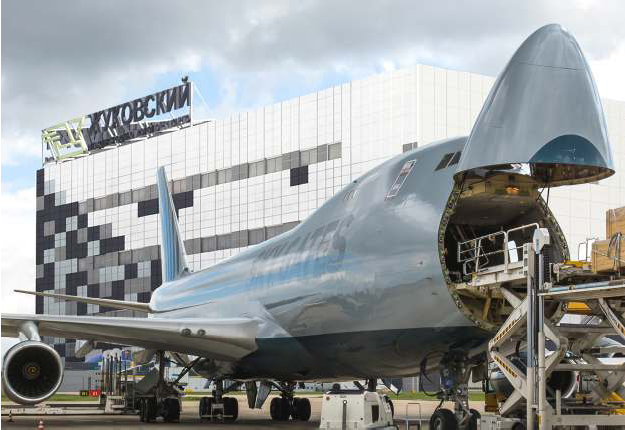 “The development of the transport and logistics complex will take place in several stages. Currently, total project investments amount to $35 million. We will be able to double the production capacity of the complex by 2023 with the help of additional funds,” explained Solodilin.

“The project implementation will allow us to simultaneously service 4 cargo aircraft of the B747 type (or up to 6 aircraft of the B737 type). As of April 2019, these projects are 80% complete. The opening of the complex will take place in the second half of 2019,” Solodilin explained.

ZIA CARGO is also envisioned to operate 24/7 and the construction of a modern cargo terminal is crucial to this.
“The infrastructure of the cargo terminal is designed to meet the modern requirements for eﬃcient and safe storage and transfer of cargo. It will support 24-hour and precisely accurate tracking of cargo operations, including loading and unloading  aircraft, organizing storage and subsequent & transportation of any cargo types ,” the company CEO noted.

Since its opening in 2018, ZIA CARGO had seen slow but steady increase on air freight volumes.
“2018 was the ﬁrst year of ZIA CARGO’s operation, so it may be too early for any concrete results. This was a period of much testing and training. Cargo handling is currently operating under the conditions of limited customs infrastructure: we are engaged in receiving and shipping domestic cargo that does not require complex terminal handling,” said Solodilin.

“For the ﬁrst year, we have already handled 5,000 tons of cargo. This ﬁgure may seem extremely insigniﬁcant in the grand scheme of things, but what we ultimately achieved is a ﬁve-fold increase in volume while using the same infrastructure. This year, with the new terminal’s timely start of operation, 12,000 tons of cargo will be handled. And the full projected capacity of 100, 000 tons per y e ar w i l l b e achieved in 2022-2023,” he added.

Growth in the horizon

Increasing cargo volumes with its growth was factored in, thus, the construction of a modern cargo terminal for ZIA CARGO was also put in place.

“The construction of a modern cargo terminal was originally included in the development plans of Zhukovsky International Airport, since the eﬃcient operation of an international airport in a region as busy as Moscow and the Moscow Region is simply impossible without a cargo handling sector,” shared Solodilin.
“The lack of specialized solutions is

a serious limiting factor. In fact, the formation of the ZIA CARGO was the ﬁrst step taken of the second stage of the development of Zhukovsky International Airport’s ground infrastructure. The development of cargo transportation is a crucial part of the airport operation,” he continued.

The multi functional transport and logistics hub complex would tremendously increase cargo capacity at Zhukovsky Airport by as much as 100,000 (250 tons per day).

With total area of 9,200 sqm, the complex boasts of temporary storage warehouse, customs and other vital facilities like oﬃce areas, shipment tracking service, among many others.

4 for international ﬂights. The areas inside the terminal will be divided in a similar fashion. In addition to the cargo infrastructure, the building will contain oﬃces of the partner organization and government services,” said Solodilin.

With Zhukovsky considered as the Russian center of research and development in the aircraft industry, a signiﬁcant part of cargo hauled in the area consists of aviation components, spare parts and equipment, but other types of general cargoes are also being transported on a regular basis with the city growing.

Solodilin said ZIA CARGO stands ready to oﬀer its partners/customers a really good deal with high level of service.
“We are able to oﬀer our partner a really good deal. And we are not talking about pricing policy only. Customers will be able to take advantage of the full support cycle. Various products will be oﬀered. For example, the possibility of providing additional services within the logistics chain, especially the ﬁrst mile and last mile services,” Solodilin noted.

Adding: “We are also ready to oﬀer integrators and major forwarders the Time Advantage service that will allow for a unique advantage – a dedicated airside, which will help the customers with large cargo turnover to receive accurate and timely ﬂight service strictly on schedule and devoid any risk of delay due to the air traﬃc.”

ZIA CARGO, the CEO also stressed, oﬀers a cargo package that involves hauling goods on air and land as well with the company’s links to key modes of transportation in Russia.

“Cargo handling services will be provided in a single package: transportation via road and air, handling documents, customs clearance. If necessary , new enterprises will be created for these services, including a specialized track delivery company,” he said.

“ZIA CARGO has an enormous growth potential. For example, we are the only enterprise in our region that can potentially oﬀer cargo transportation by air, road, rail (the airport has access to a nearby industrial line connected with the Moscow Railway) and river transport (the airport is located in the vicinity of the navigable Moskva River).The key to success lies in studying the needs of the customers and oﬀering individual solutions,” he concluded.