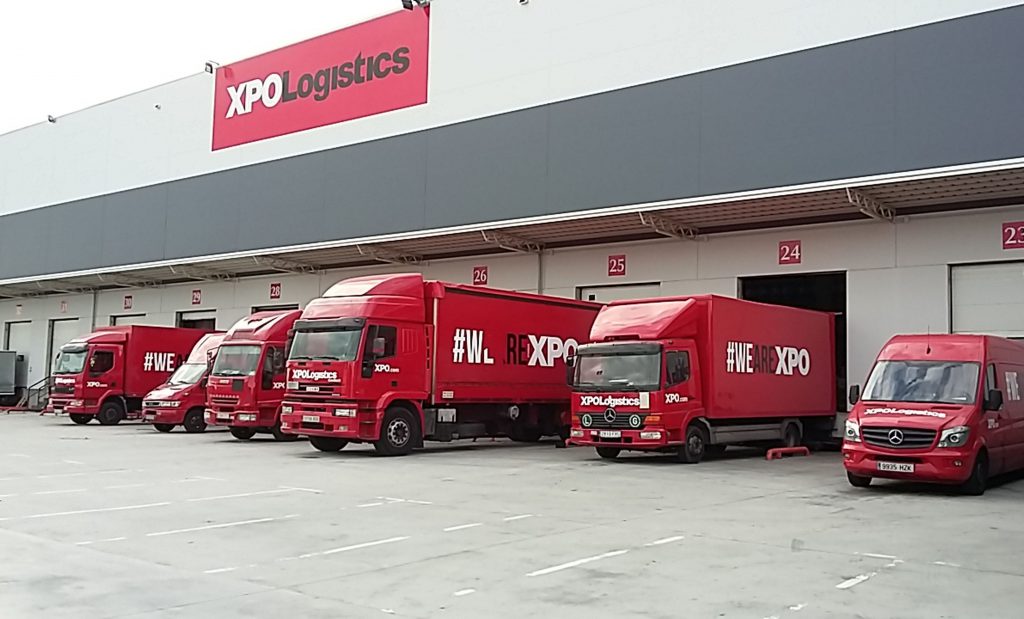 Transportation total revenue up 9.9 percent annually at $2.33 billion, with the gain due in large part to its October 2015 acquisition of Con-way and organic growth in North America and Europe that was partially offset by the October 2016 divestiture of its North American truckload business, with organic revenue growth paced by its e-commerce driven last-mile business although revenue growth was somewhat impacted by soft North American intermodal volumes. Quarterly operating income rose to $84 million, compared to a loss of $6.1 million a year ago, and its less-than-truckload (LTL) operations in North America saw a 40 percent increase in fourth quarter adjusted operating income;

and
Logistics total gross revenue was up 8 percent annually at $1.38 billion, with growth mainly due to the Con-way acquisition and, like its transportation segment, organic growth in North America and Europe. Organic growth from new contracts with e-commerce and cold chain customers was offset by the adverse impact of foreign exchange rates, and in North America, growth was paced by e-commerce, food and beverage, and aerospace and offset by automotive
XPO Chairman and CEO Brad Jacobs said in a statement that XPO’s focus remains ion further enhancing customer service while also realizing the “significant profit opportunities embedded in our business,” with 2017 seeing the full 12-month benefit of various efficiencies implemented in 2016 in procurement real estate, back office operations, and workplace technologies.

“We’re continuing to execute our strategy for high growth and high returns. We have a concrete bridge to an EBITDA margin of more than 10% in 2018 – an increase of approximately 200 basis points over two years,” he said. “We expect to grow free cash flow at an even faster rate than EBITDA, with a cumulative, two-year target of approximately $900 million of free cash flow by year-end 2018, including at least $350 million in 2017.”
XPO COO Troy Cooper said in an interview that the company had a very strong finish to 2016 with record results for net income, cash flow from operations, EBITDA and free cash flow.

“The key drivers for the quarter were really around the strong organic growth, specifically for last-mile and contract logistics,” he said. “Driving that were e-commerce trends that we see not only in the industry but also elsewhere in retail. We crushed it with our North American LTL business, with annual margins up and fourth quarter adjustable operating income up 40 percent. A lot of the LTL operational synergies we have been after have really come through, and we are taking some of those best practices and doing the same thing in Europe now.”
XPO said in its earnings release that it has reaffirmed its full-year EBITDA targets of at least $1.350 billion for 2017 and $1.575 billion for 2018.