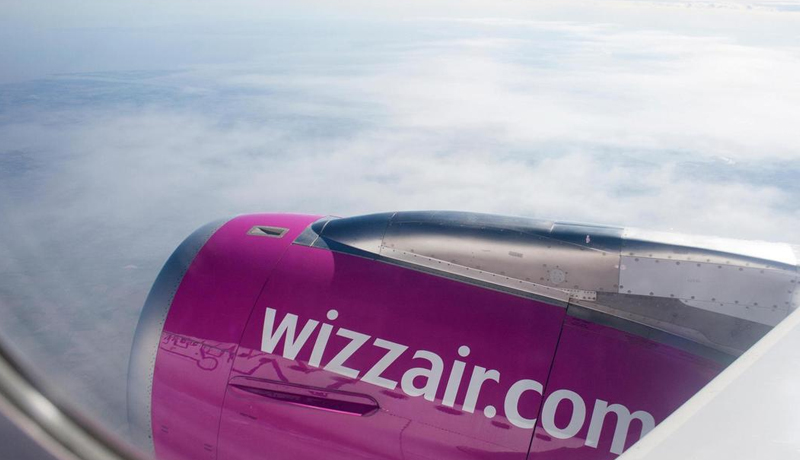 Wizz Air, Eastern Europe’s biggest low-cost airline, will launch a bigger than previously anticipated operation from Abu Dhabi, as it looks to capture a larger share of the budget travel market in the UAE and beyond, its chief executive said.

The airline is moving operations to Abu Dhabi as it prepares to launch Wizz Air Abu Dhabi, a joint venture between Abu Dhabi Developmental Holding Company, now ADQ, in the autumn.

“We are moving [some of] our Hungary operations to Abu Dhabi and in a few weeks we will be making first announcements,” Jozsef Varadi told Arabian Travel Market delegates through a video.

“Given the circumstances, we think we should be doing more right at the beginning,” Mr Varadi said.

“We would be coming out with a bigger plan than what we intended to [begin with] originally,” he said in reference to the planned operations from the UAE capital.

“We are already approached by a number of airports, presenting excellent opportunities for setting up new bases and entering new markets … this is what we have been waiting for 10 years. This is our opportunity to shine,” he said.

In March, Wizz Air finalized an agreement to launch a low-cost airline from Abu Dhabi International Airport. Based in Budapest, it sees immense growth potential and is vying to capture market share in the GCC and beyond.

The UAE capital is a springboard to gain access to a market of 5 billion people within a six-and-a-half hours flying span, which puts the aviation hub in an advantageous position, Mr Varadi said.

Wizz Air plans to replicate the success of its European point-to-point short-haul flying business model in the Arab world’s second-biggest economy, he said.

“The model we bring in is significantly different. We have managed to get our Hungary [base] fleet to 100 aircraft in 15 years, [and] I think we will be able to achieve the same thing in Abu Dhabi,” he said. “I am very hopeful about the prospects of this expansion.”

In March the new airline’s development team began the process with the UAE’s General Civil Aviation Authority to secure an air operator certificate and an operating license.

“We have the intention to expand and Abu Dhabi has intentions to diversify its economy, and this [partnership] is in the arc of these initiatives,” Mr Varadi said.

Wizz Air will operate a fleet of Airbus A321neo aircraft, which feeds into the emirate’s ambitions of turning into a “green mega-city”, according to him.

“There is no better way of feeding into it [Abu Dhabi’s green ambitions] by bringing the latest technology jets with lowest environmental footprint,” Mr Varadi added.

Low-cost operators that will compete with the new venture include Flydubai and Air Arabia. Another potential competitor will be Air Arabia Abu Dhabi, a joint venture between Etihad and Air Arabia, which is yet to be launched.

Mr Varadi said increased competition is ultimately beneficial for consumers and is good for the industry, as every operator in the market “will have to prove that it deserves the trust of customers.”

Asked about the prospects of recovery of the aviation industry in the wake of the Covid-19 pandemic, Mr Varadi said low-cost airlines such as Wizz Air, will be the first to recover. “We are very much now [in a position] not only to recovery but also to restructure in terms of growth into different markets.”

It could take about a year for budget airlines with strong cash positions to bounce back.

However, the recovery time for the long-haul operators could be two to three years.

Covid-19 brought the travel industry to a halt and forced governments to close borders and shut all but essential businesses.

The pandemic threw airlines into a severe liquidity crisis as revenue dired up because of reduced capacity or passenger flight suspensions.