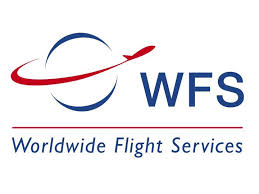 Worldwide Flight Services will acquire Consolidated Aviation Services, the airline ground handling company recently announced in a deal that will expand WFS operations in the US.

The acquisition is the first big purchase since Paris-based WFS was bought by Platinum Equity LLC last October. The California-based private equity firm said at the time that it would back a global growth strategy for WFS, one of the world’s largest air cargo handlers.

Financial terms of the CAS acquisition, which will face anti-trust review by regulators in the US, were not disclosed.

Privately-held CAS claims to be the largest handler of cargo at airports in the US, with about 4,000 employees and operations in 50 airports, three in South America and the rest in the US, WFS has cargo handling and other airline services at 145 airports around the world.

“We are delivering on our pledge to support the profitable growth of WFS by pursuing complementary, accretive add-on acquisitions which present immediate synergies,” Bastian Lueken, head of Platinum Equity’s European investment team, recently said in a statement.