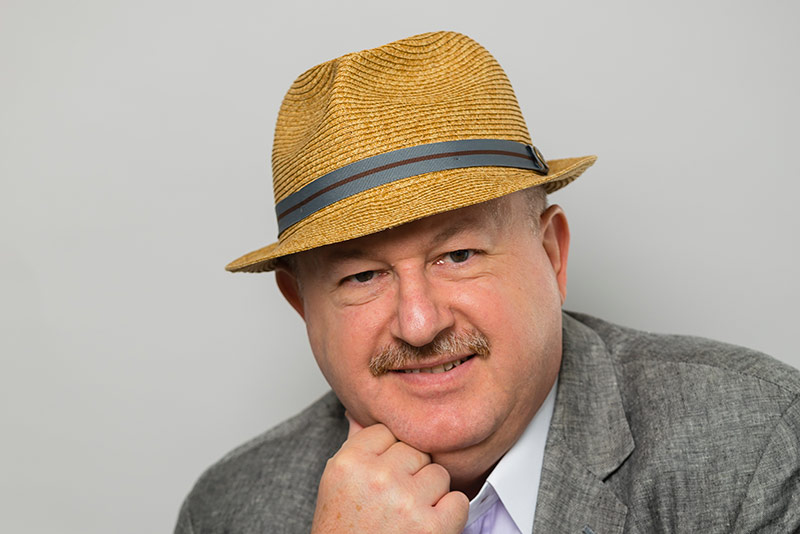 “We’re looking at very signicant global growth and there will be quite a bit of focus on Africa. I hope in a few years, we’ll be doing more business with more countries on the continent”

This April, WFS will start building a new state-of-the-art pharma facility at Copenhagen Airport amid volume rise of 90% year-on-year in the area, a good example of how much the company is willing to invest on tech-laden facilities. Work on the project covering an area of 1,500 sqm will soon begin and is designed to provide end-to-end handling in temperature-controlled environment for 2-8° pharma products incorporating acceptance, offload, prestorage, build-up and storage
The Paris-Based Worldwide Flight Services(WFS) currently holds the title as the world’s largest aircargo handler with over 270 airlines as clients across five continents and annual revenues over EUR1.2 billion. But it’s bent on getting bigger and better with the launch of a major global growth project planned to be carefully executed over the next five years.
Cerberus Capital Management, a New York-based global leader in alternative investing with over US$50 billion in assets across complementary credit, private equity and real estate platforms, which acquired WFS four months ago from Platinum Equity, together with WFS’s executive team, is strategically identifying and mapping out growth areas across the globe, including emerging markets in Africa.
“We’re embarking on a major global growth project that is going to carry us for the next five years,” Barry D.Nassberg, Group Chief Commercial Officer of WFS, told Air Cargo Update in an interview in Johannesburg, South Africa, on the sidelines of Air Cargo Africa conference.“We’re doing that with the new shareholders which have owned the company for the past four months.”
In Africa, WFS operates in only one country, South Africa, and its services limited only to cargo handling. But that may change with the company’s global growth expansion plans.
“We’re looking at very significant global growth and there will be quite a bit of focus on Africa. I hope in a few years, we’ll be doing more business with more countries on the continent,” Nassberg enthusiastically shared.

Africa: A Challenging Coast
Though endowed with abundant natural resources, Africa, which is twice the size of Russia, bigger than Canada and even the United States and China put together, remains largely poor and unexplored for business opportunities in this sector, due to many challenges.

Nassberg said while the challenges in Africa are not vastly different than other places in the world, a lot of work needs to be done to open it up for more foreign investment and allow international companies to operate peacefully and effectively. 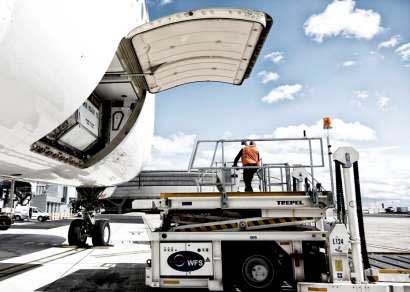 “The challenges in Africa are not vastly different in what you see in other places in the world. Yes, it’s security. It’s bureaucracy. It’s government protectionism. It’s often policies that are not well thought out from our perspective. Markets are not as open as we’d like them to be. Issues with transparency to be frank and that’s a problem for us,” the WFS Group CCO briefly described some of the challenges international firms face in the continent blessed with large deposits of oil, petroleum, minerals and other natural resources.

The WFS CCO said Africa must also invest more in education and providing awareness about business opportunities with equitable partnerships with foreign investors.

He explained that the era of “no questions asked investment” is long gone with companies putting strong emphasis on accountability and the social benefits their investment brings to the host countries.

“I think the era of sort of no questions asked investment is behind us. Companies that want to make significant investments want to know how they would benefit from such investment and how countries would benefit from it,” said Nassberg recalling that Asia, Southeast Asia in particular, also struggled to open up for businessin the 70s, 80s and the 90s but eventually achieved considerable developments over time.

“You’d like to be able to do the same in Africa and there’s no reason not to achieve that but we’re not quite there
yet,” he said

Nassberg said the company had made considerable investments in new technology, including working with international bodies like IATA to use and transition its systems to digitalization.

“Well, in the air cargo industry, it’s (digitalization) a major topic of not only discussion but development. We work closely with international organizations such as IATA on the digitalization of international commerce and international air cargo. Removal of obstacles, removal of documentation as a barrier ,embracing technology and all of this,carry through to how airlines operate their cargo divisions,” Nassberg explained.

“And we, as an extension of the airlines, are doing the same in terms of our ground operations so that’s bringing in new systems compatible with eCargo initiatives, working very closely with customs authorities, introducing latest scanning and RFID tech into our ware house management, introduction of robotics into our warehouse, among other things. We are fortunate that we have the resources. We are ready and we are probably more ready than some of the airlines we serve or the forwarding community,” he added.

This April, WFS will start building a new state-of-the-art pharma facility at Copenhagen Airport amid volume rise of 90% year-on-year in the area, a good example of how much the company is willing to invest on techladen facilities.

Work on the project covering an area of 1,500 sqm will soon begin and is designed to provide end-to-end handling in a temperature-controlled environment for 2-8°C pharma products incorporating acceptance, offload, pre-storage, build-up and storage.

WFS is also upgrading the existing temperature control areas in its current facility in Copenhagen to handle growing volumes of pharma products requiring a 15-25°C temperature range, its second investment in pharma facilities at the
airport in under two years.

Other WFS tech and innovation enhancement projects elsewhere around the world are also in the pipeline, including new pharma facilities in Paris CDG and Johannesburg.

Sustainable global career
With close to 27,000 employees serving hundreds of airlines across 198 major airports in 22 countries on five continents, WFS is considered one of the biggest employers in the industry.

Sustaining livelihood for these people who support families isn’t WFS’s only agenda—it’s also actively campaigning to upgrade industry image and standards among the millennials across the globe.

Nassberg explained the general perception is that air cargo is a very unsexy industry, dealing mostly with boxes and ware houses . But that is now changing with the global business landscape transforming and
conforming to the digital age.

“People have a particular vision that air cargo is by appearance a very unsexy industry. What could be interesting dealing with boxes in a dark warehouse? But actually it is a very exciting business and we spend a lot of time thinking how to get that message across to young people,” said Nassberg.

He said WFS has reached out to students coming out of secondary schools looking for entry level positions or even university graduates looking for tech-oriented jobs or a challenging work environment for new recruits. The industry pays reasonably well and offers abundant training and new opportunities.

“There is so much that this industry has to offer. And we are dedicating a lot of resources on how we recruit and
train. Our biggest one is in Paris, the Airport College Roissy, where we groom young people for careers in
airport services,” he said.

As an integral part of the air freight industry, companies like WFS sit at the forefront of globalization and it’s making  things happen for many communities and economies.

“Whether it’s pharmaceuticals, food products, everything, from the four corners of the world, are moving within hours. When you walk through a shop, it’s a marvel in a way when you start thinking it was sitting in a field 24 hours ago to be picked by a farmer, prepared, packaged and shipped to arrive at a shelf of a supermarket and in the middle of that process are companies like ours,”
Nassberg explained.

Gender Equality
Women working in the air cargo industry used to be a rarity says Nassberg who has been in the sector for over four decades now, 26 years of which at WFS.

“In four decades, I have seen massive changes. It was a rarity to see women, frankly anywhere in the air cargo industry, whether be in frontline or senior or middle or senior management positions. That has changed. I’m very happy that that has changed. But as an industry, we need to make greater efforts to promote more gender equality,” says Nassberg.

Today, women are actively employed in the industry even holding top management positions.

WFS is among companies in the industry striving to promote gender equality, knowing that women can perform as effectively as their male counterparts in all areas.

“I’d like to think that we as a company have made a lot of inroads for women and we have pushed gender equality as a goal. There’s a good representation of women up to and including the executive committee of the company and we do actively look to fill positions with well qualified female talent,” said Nassberg.

“There are no barriers to women in our industry, other than the perceptions of the past. Women bring an additional dimension to it. I would encourage those looking at nontraditional career path to look at air cargo,” he said but noted it’s still a long stretch to reach a 50-50 ratio.

With his signature fedora hat, a friendly smile and an expert look,it’s hard to miss Barry D.Nassberg at any major cargo events.

The Group Chief Commercial Officer of WFS, Barry has been around the industry probably far longer than most executives with over 40 years solid experience yet still keeps his feet on the ground.

His longevity in surviving this tough yet dynamic industry is tested time and again at WFS which changed management six times over the course of his 26 years career at the firm.

The secret, Nassberg says, lies on being flexible & adaptable as well as taking advantage of opportunities that come your way.

“Things change. This is a very dynamic industry and the success or failure of companies is often dictated by economic conditions. Sometimes by changes in ownership. Changes in management. Be flexible. Be adaptable.Take advantage of opportunities. It worked for me,” Nassberg shared.

“I have moved many times. I’ve worked under many leadership teams in the 26 years I’ve been with this company. Six different shareholders and each one with somewhat different agenda and style,” he noted to illustrate his
point.

Barry says aviation is the only industry he has ever wanted to work in even as a child and his love for it has brought him life and to so many cities and places across Europe, the US, Asia and beyond.

And the future still looks bright for this aviation and air cargo expert highly regarded in the industry for his invaluable insights and resolve to push for growth.