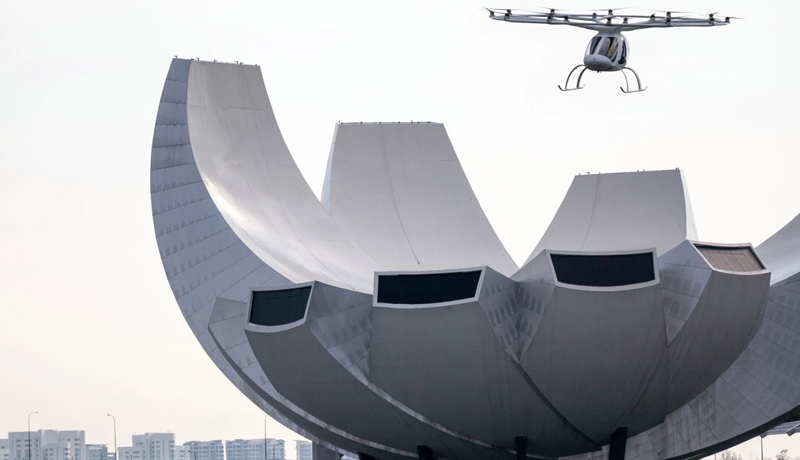 VoloCity & VoloDrone get funding boost from DB Schenker, others

Convinced that drone technology is the future gamechanger to the growing transport logistics industry, DB Schenker has joined the list of investors to Volocopter, the pioneer in Urban Air Mobility.

“We are convinced that the Volocopter technology has the potential to bring transport logistics to the next dimension for our customers,” said Jochen Thewes, CEO of DB Schenker.

The funding will go towards the certification of the VoloCity, hiring more industry experts, and a second generation VoloDrone to ensure commercialization of the heavy-lift cargo drone product.

“DB Schenker has already tested autonomous and electrical vehicles in several innovation projects and in actual operations. By integrating the VoloDrone into our supply chain of the future, we will be able to serve our clients’ demand for fast, remote, emission-neutral deliveries. We are thrilled to now be part of this drive for innovation in a fantastic team,” said Thewes.

Volocopter is developing autonomous electrical Vertical Take-Off and Landing (eVTOL) aircraft, e.g. the VoloCity, to offer air taxi services in different megacities around the world as an addition to existing transport options.
Just recently, the company performed a public flight over Marina Bay Reservoir in Singapore, demonstrating the maturity of its technology. A full scale VoloPort prototype on display allowed visitors to experience what UAM could feel like in the future. This bears testimony to Volocopter’s holistic approach to UAM as an ecosystem.
Last October, Volocopter demonstrated the capabilities of VoloDrone, marking the company’s expansion into the logistics, agriculture, public services and construction industries.

With flexible equipment system, a payload of 200 Kg, a range of 40-km, the 100% electric powered VoloDrone is designed for a wide range of applications in various industries. From last mile, retail to time-critical medical or spare part deliveries, the VoloDrone will get the package delivered safely, securely and on time.

“The new shareholder structure strengthens our global network of strategic and financial partners significantly. Bringing urban air mobility to life for passengers and goods is a great ambition and with our new partners, we bring the expertise and necessary long-term funds on board to make this innovative form of mobility a reality,” said Florian Reuter, CEO of Volocopter.

Volocopter has recently championed several public flights at Helsinki airport, in Stuttgart, and over Singapore’s Marina Bay. As the first eVTOL company to receive Design Organisation Approval by the European Aviation Safety Authority, the German air taxi service provider is already actively pursuing commercial certification and expects the first commercial routes to be opened within the next two to four years.

The company said it has set up a total of 45 air cargo connections between Shanghai and Munich in May. In partnership with Icelandair, three Boeing 767 passenger aircraft were turned into all-cargo flights exclusively for the route carrying mostly vital medical supplies and equipment.

“Where capacity is lacking, we create it. DB Schenker is thus also expanding the global supply network in the fight against Corona,” said Thorsten Meincke, Member of the Management Board for Air and Ocean Freight at DB Schenker.

“With these additional flights, we have demonstrated our ability to act in a crisis in a flexible manner and in the shortest possible time.”

The China Shuttle is aimed specifically at customers that import medical equipment such as masks or protective suits from China to combat the spread of the coronavirus. Bookings for several thousand cubic metres of freight have already been received.

The lead time to delivery at the destination is five to seven days. Initially, 45 shuttle flights are planned from Shanghai Pudong to Munich in 12 rotations per week once fully operational. An expansion of the shuttle and further connections, e.g. twice a week to Chicago, are in preparation, DB Schenker said.