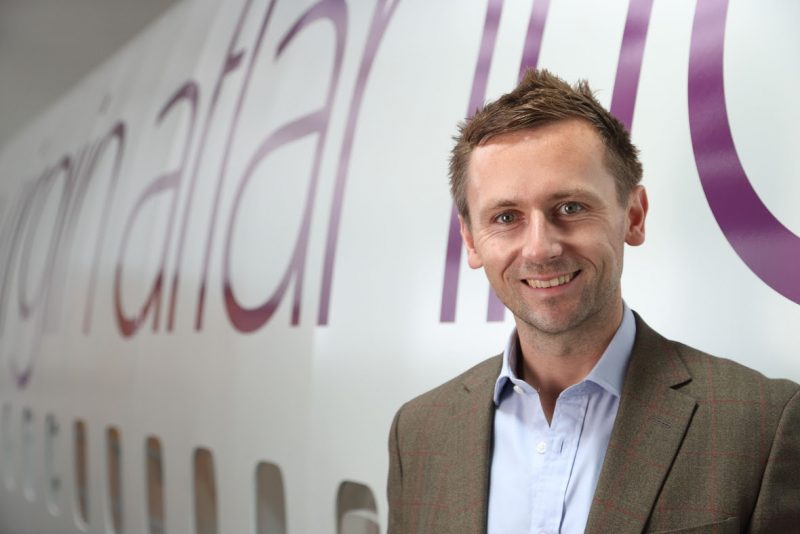 Growth in life science, express, valuable and automotive shipments all contributed to a 3% year-on-year growth in tonnage for Virgin Atlantic Cargo in the first half of 2018.

Overall, the airline carried 116.3m kg to the end of June 2018, building on its strong performance in 2017 when volumes reached a five-year high. Virgin Atlantic’s cargo business also continued to benefit from closer alignment with its transAtlantic joint venture partner, Delta Cargo.

The opening of the airline’s Pharma Zone at Heathrow in Q4 2017, and confirmation of its Good Distribution Practice (GDP) compliance in April, helped to grow Virgin Atlantic’s pharma business by more than 50% compared to the first six months of last year as tightening regulatory requirements increased customers’ preference for airlines offering GDP-compliant services. The airline saw double-digit growth in bookings from its leading pharma freight forwarding customers.

Dominic Kennedy, Managing Director of Virgin Atlantic Cargo, said, “We have achieved a very positive start to the year with most markets reporting growth. We continue to see benefits from our strategic focus on pharma as well as other core products and services, including express, high value cargoes and automotive. Exchange rates and other external factors may slow some parts of the air cargo market in the second half of 2018 but with the momentum we have built, alongside the benefits of our partnerships with Delta Cargo and Virgin Australia, our expectations for the rest of the year remain positive.”

Growth in Virgin Atlantic’s load factor for the first six months of 2018 was helped by high demand from the UK to the US as well as to Delhi, Johannesburg, Dubai, Shanghai and the Caribbean. Business generated by Virgin Atlantic in support of its long-haul international cargo sales and management agreement with Virgin Australia contributed to the airline’s strong half-year performance. Volumes ex Australia were 22% above target, with routes to Los Angeles from Sydney, Melbourne and Brisbane all recording growth, coupled with strong demand for cargo capacity on Virgin Australia’s Melbourne-Hong Kong services.

Half-year volumes from across the Virgin Atlantic network to the UK rose 2.9% overall. Higher demand for US-UK capacity saw tonnage climb 7.7% thanks largely to double-digit growth from the West Coast and South East of the US. Cargo revenues from Nigeria, India, Hong Kong and Dubai all rose, although business ex Shanghai saw currency movements impacting demand. Traffic on Virgin Australia’s long-haul international routes to Australia was up by more than 35% over the same period last year, helped by thriving e-commerce volumes ex Hong Kong to Melbourne.