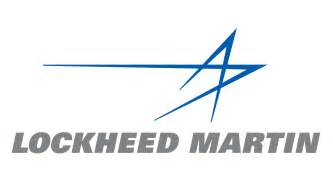 The United States and the Kingdom of Saudi Arabia recently took major steps to enhance global security and stimulate economic progress in the United States and the Middle East. KSA has expressed its intent to procure more than $28 billion worth of Lockheed Martin integrated air and missile defense, combat ship, tactical aircraft and rotary wing technologies and programs.

“At Lockheed Martin, we are proud to be part of this historic announcement that will strengthen the relationship between the United States and the Kingdom of Saudi Arabia,” said Lockheed Martin Chairman, President and Chief Executive Officer Marillyn Hewson. “We are especially proud of how our broad portfolio of advanced global security products and technologies will enhance national security in Saudi Arabia, strengthen the cause of peace in the region, and provide the foundation for job creation and economic prosperity in the U.S. and in the Kingdom. These agreements will directly contribute to His Majesty’s Vision 2030 by opening the door for thousands of highly skilled jobs in new economic sectors.”

A Letter of Intent, between Lockheed Martin and Taqnia, to form a joint venture to support final assembly and completion of an estimated 150 S-70 Black Hawk utility helicopters for the Saudi government. The program supports work for more than 450 US jobs including in Connecticut at Sikorsky and throughout the US supply chain and also supports KSA’s Vision 2030 by creating an additional 450 jobs in the Kingdom, developing local capabilities through technology and skills transfer, thus enhancing the U.S.-Saudi global security partnership.

A Memorandum of Understanding between Lockheed Martin and Saudi Arabian Military Industries for the parties to work together to build defense capabilities in the KSA to support Vision 2030 and provide for localization efforts associated with Multi-mission Surface Combatants and Aerostats.

Once fully realized, the programs in this announcement will support more than 18,000 highly skilled jobs in the US and thousands of jobs in Saudi Arabia as part of maintaining and modernizing these platforms over the next 30 years. These programs help the Saudi government realize its Vision 2030 objective of building its domestic technology capabilities and skilled workforce.