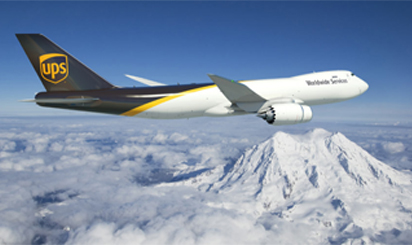 UPS is increasing capacity on major trading routes between Hong Kong and Europe by deploying Boeing 747-8s on services via Cologne, Germany.

The upgraded flights are a result of strategic investments to expand UPS’s global air cargo capacity by adding 40 new aircraft to the fleet, including 28 747-8s.

The expansion enhances UPS’s services between Hong Kong and Europe, including one-day time-in-transit for delivery by 9am or 12pm to major European cities via UPS’s European air hub in Cologne.

Lauren Zhao, managing director of UPS Hong Kong and Macau says: “The total export market value between Hong Kong and Europe grew by over 7% in 2018 according to the Hong Kong Census & Statistics Department. We can help businesses of all sizes take advantage of such cross-border trade opportunities.

“At the same time, Hong Kong is an attractive growth market for European businesses as the European Union (EU) continues to engage with Asia through bilateral free trade agreements (FTA) in Japan, Singapore and Vietnam.”

The announcement comes as UPS invests $2 billion to strengthen its European infrastructure and services to transform its smart global logistics network.