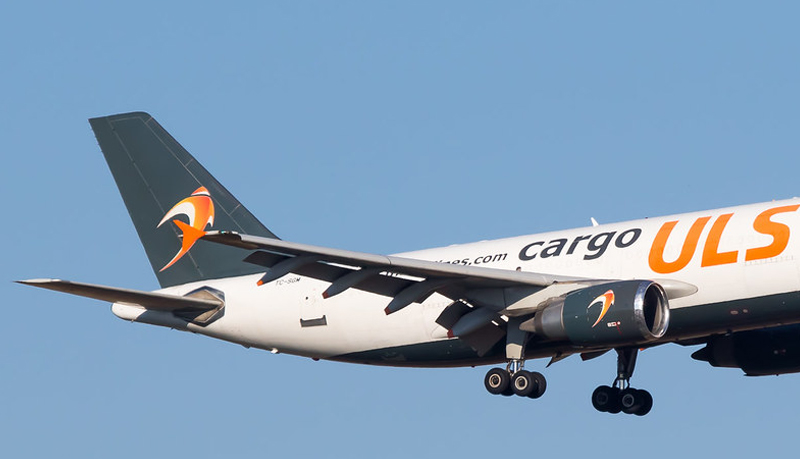 The air cargo industry is constantly on a battle with external forces like the global economy disturbances, issues on  political stability,  oil prices movement, among others, that impact its  growth  and development.

Remarkably, it manages to bounce back each fall and continues to account for one third of all goods transported around the world valued at more than $6 trillion annually,reflecting its importance, especially in today’s digital world.

Volatile yet profitable given the right conditions and circumstances. Such is the nature of this business that despite the odds, new players emerge every now and then.

The Istanbul-based cargo carrier, which also offers logistics and warehousing, has survived the latest turning point in the industry, which for the most part was caused by the lingering trade war between the world’s biggest economies, US and China, changing bilateral deals between countries and continents, political instability, security threats, among other global challenges.

Shukru Can, Managing Director of ULS Airlines Cargo, said the company was established in 2004 with its home base at Istanbul Ataturk Airport. It currently has three A310-300 cargo planes on its fleet with total carrying capacity of 120 tons.

The company primarily offers scheduled cargo flights as well as charter or long-term aircraft rental (ACMI) with other airlines.

Can, who took on the role of ULS MD in April 2019, said his vision is to grow the company’s business mainly through partnerships with big airlines across the world.

We have three aircraft at the moment,” shared Can, an aeronautical/aerospace engineering graduate of Istanbul Technical University. “But we’re eyeing expansion mainly through partnerships with big airlines.”

ULS had so far operated more than 10,000 charter flights, primarily for its clients in Dubai, Saudi Arabia, the Far East, Hong Kong, China and Turkey.

“We also provide ACMI and charter flights for Dubai, Saudi Arabia, Far East, Hong Kong and China. Turkish Airlines is also one of our main customers under ACMI,” Can told Air Cargo Update in an interview in Munich on the sidelines of Air Cargo Eur ope where he said the company made new deals. 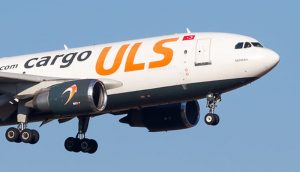 “We had more than 10,000 charter flights. We carry live animals, oversized cargo or take cargo to challenging points like Afghanistan, Somalia or Iraq, Kathmandu, Santo Domingo (Dominican Republic),” he added.

A 34-year veteran in the global aviation industry, Can began his career with Turkish Cargo and went on to expand his professional experience working overseas in countries such as France, England, Malaysia, Singapore and Nigeria.

Can believes there are opportunities to be made in Africa and Latin America which he described as “open cargo markets.”

“Africa and South America are open markets for cargo players. They have good potentials. I see big future in Africa, together with the big players,” said Can, a highly experienced aircraft engineer and aviation executive who also taught at Istanbul Technical University Faculty of Aeronautics and Astronautics.

Can said ULS’s biggest market is Europe and it continues to explore the continent for possibilities through partnerships and collaborations.

The cargo carrier regularly hauls live animals, fresh vegetables and fruits, among other perishables and products, between Turkey and Europe and other parts of the world. Recognized for its high regard for global safety standards, ULS also transports dangerous goods requiring special attention.

“Our company is small but it’s very dynamic and flexible. Our investor is also strong financially. We want to expand our aviation business by opening an MRO (maintenance, repair and overhaul) services,” said Ata.

He said ULS carried less cargo in 2019 but it remains optimistic for what the future holds, especially in 2020.

“We are eyeing A321-200F cargo conversion program to expand our fleet. We are currently operating the golden A31-308F aircraft which carry 40 tons gross,” he said.

“We look forward to seeing 2020,” he added, noting that the second half of 2020 may likely be better with the global economy projected to bounce back after a downturn forecasts to trickle in the first half of the coming year. “Better economy means better cargo.”

Can who continue to break new grounds for ULS said part of his vision is to make the company an ideal partner for bigger players that need help in carrying out their operations globally.

“Our vision is to continue having dynamic and flexible partnerships with the big players and tackle their problematic areas,” said Can who noted that ULS can also put an aircraft under their registration and fly it on behalf of clients.

ULS Havayolları Kargo fleet of aircraft can be rented for short or long periods, with flight crew and all maintenance costs and the cost of insurance (with ACMI conditions). This service is for an airline to respond to a year or longer, to meet the needs of the business or to create additional capacity. It is also possible to paint the name and logo of the company leasing on the aircraft for a long-term lease of one year or more.

According to ACMI conditions, “Aircraft, flight crew, all maintenance cost of the aircraft and cost of insurance” belongs to ULS Airlines Cargo and such costs as airport ground handling, landing-take-off and fuel related to the operation of the rental belongs to the company who rents the aircraft.

With its International Air Operator Certificate, ULS Havayolları Kargo also operates in Europe, Asia and Africa with its specialized staff. Its Operations and Dispatch Departments are available 24 hours a day.

ULS Airlines Cargo says it has stocks of pallets at various points in Europe. Its combined positions of P1P and PMC pallets can also be applied to carry some special materials such as aircraft engines. It can also provide special containers for specific loads such as horses and other farm animals.

ULS also accepts charter flights to natural disaster areas or battlefields to carry the burden of other airline companies, government agencies, local or international charities, organizations that supply and distribute the materials for rescuing life

Airbus forecasts need for over 39,000 new aircraft, including freighters, in the next 20 years

By 2038, of the forecast 47,680 fleet, 39,210 are new and 8,470 remain from today. By updating fleets with latest generation fuel efficient aircraft such as the A220, A320neo Family, the A330neo and the A350, Airbus believes it will largely contribute to the progressive decarbonisation of the air transport industry and the objective of carbon neutral growth from 2020 while connecting more people globally.

According to Airbus’ latest Global Market Forecast 2019- 2038, of the figure, 25,000 aircraft are for growth and 14,210 are to replace older models with newer ones offering superior efficiency.

Resilient to economic shocks, air traffic has more than doubled since 2000. It is increasingly playing a key role in connecting large population centers, particularly in emerging markets where the propensity to travel is amongst the world’s highest as cost or geography make alternatives impossible.

Today, about a quarter of the world’s urban population is responsible for more than a quarter of global GDP, and given both are key growth drivers, Aviation Mega Cities (AMCs) will continue to power the global aviation network. Developments in superior fuel efficiency are further driving demand to replace existing less fuel efficient aircraft