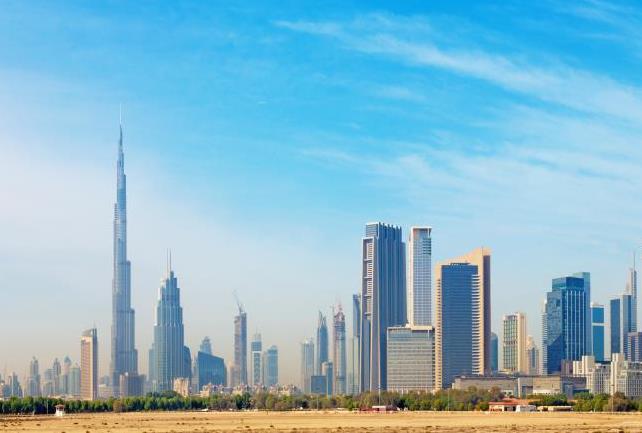 ABU DHABI, UAE—The UAE is launching a new industrial era based on advanced technology, employing resources and capabilities, strengthening international and regional partnerships, and pushing efforts to build an advanced and competitive Middle Eastern industrial fortress, through the signing of the “Industrial partnership for Sustainable Economic Growth” with Egypt and Jordan.

This strategic partnership between the three countries is based on achieving five strategic goals, which are developing world-class competitive industries, achieving secure and flexible supply chains, stimulating sustainable growth, supporting growth and integration of value chains and trade between them, and promoting value-added manufacturing sectors.

The partnership reflects the UAE’s keenness to strengthen relations and enhance foundations of sustainable development and prosperity in the region, through a diversified and sustainable industrial sector that relies on quality industrial projects in five areas that promote economic growth, support the exchange of experiences, and enhance integration between each country on the terms of enhancing food and drug security, integrating value chains, and developing more joint industries in the future.

The UAE, Egypt and Jordan represent 25 percent of the gross domestic product (GDP) in the Middle East and North Africa region, with a value of US$765 billion annually, and the three countries constitute about 26 percent of the region’s population, with a population of 122 million consumers. They are also ranked 14th in the world in terms of the value of exports and imports, at US$6 billion.

The partnership represents an open invitation from the UAE to the countries of the world to partner on the industrial level with the aim of building a bright and prosperous future on the economic and social levels, and investing in the many promising future opportunities, based on the UAE’s firm belief that accelerating growth and progress requires concerted efforts and an effective and integrated industrial system.

The UAE’s industry and advanced technology sector continues the path of sustainable growth and development, by realising achievements and concluding international and regional partnerships, based on the visions and directives of President His Highness Sheikh Mohamed bin Zayed Al Nahyan.

This strategic partnership is in line with the UAE current and future plans aimed at increasing the industrial sector’s contribution to building an economy that is most active globally, in line with the “Principles of the 50” launched by the country’s wise leadership as a comprehensive development plan to promote growth and prosperity in the next fifty years.

Dr. Sultan bin Ahmed Al Jaber, Minister of Industry and Advanced Technology, said, “The directives of the wise leadership constitute a comprehensive road map that demonstrates the strategic importance of developing the industrial sector and its role in ensuring self-sufficiency and enhancing the flexibility and ability of the UAE to deal with various challenges, diversifying the economy, supporting the national product and enhancing its competitiveness. and establishing a culture of encouraging locally manufactured products.”

The UAE is working to achieve greater value in sectors in which it has expertise and competitive advantages, including the energy sector, chemicals, plastics, metals, heavy industries and electrical equipment, in addition to focusing on investing in priority sectors, including health care, agricultural technology and advanced industries as we seek to create value in high-performance sectors such as biotechnology and aerospace.

In order to achieve its objective of doubling the country’s GDP in less than 10 years, the Ministry of Industry and Advanced Technology continues to implement its plans and strategy aimed at supporting the vital and priority industrial sectors and enhancing its role in economic development based on the principles of innovation, sustainability, future foresight, support for local industries, attracting foreign capital, and consolidating the UAE’s position as a global destination that attracts investments and new industries by providing various advantages and capabilities. (WAM)