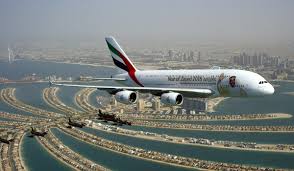 The aviation sector, a vital contributor to the UAE’s growth, is set to expand in 2019 as the nation’s gateway airports stay on track to draw increased passenger traffic, driven by four fast-growing national carriers.

Over the next few years, the sector, which currently contributes 15 percent to the country’s GDP, is expected to account for 20 percent of the economy as national carriers Emirates Airline, Etihad Airways, Air Arabia and flydubai continue to expand their global connectivity, frequencies and capacity in the backdrop of an ongoing Dh85 billion investment on aviation and tourism infrastructure by governments of various emirates.

While the four national carriers are continuing their expansion in various foreign markets, governments are spending billions on expansion and upgrading of airports and tourism infrastructure in anticipation of a significant jump in visitor traffic to the UAE during Expo 2020 in Dubai. The visitor flow to Dubai, the fourth most visited city in the world after London, Paris and Bangkok, alone is projected to cross 20 million in two years from the currently estimated over 16 million.

Sultan bin Saeed Al Mansouri, Minister of Economy and Chairman of the General Civil Aviation Authority (GCAA), said since the aviation sector is a key pillar in enriching the national economy, the UAE has invested in advancing its aviation sector in terms of using the latest technologies, research and development and hosting and participating in regional and international exhibitions and conferences. He said the aim is to reach significant agreements with local and global partners and increase trade and investment opportunities in the aviation industry.

According to recent industry estimates, the aviation sector is expected to contribute nearly Dh200 billion to the country’s economy by 2020, providing up to 750,000 jobs.

Currently, the UAE is investing Dh85 billion in various airport development and expansion projects that will see its airports develop a combined capacity to handle more than 300 million passengers a year.

Recently, Dubai launched the largest tender so far for expanding Al Maktoum International Airport. The package, which consists of 1.7 million square metres of connected basement footprint to house tunnels, baggage handling and other back-of-house technical and support facilities, was “the biggest ever released in its category”, according to Sheikh Ahmed bin Saeed Al Maktoum, chairman and chief executive of Emirates airline and Group. “We are targeting an award by early next year.”

Al Maktoum, Dubai’s second airport, is expected to become the world’s largest when its expansion is completed. The airport, which opened in 2013 in the Dubai South district, can handle around seven million passengers annually.

“The UAE’s aviation and air transport sector has made unique jumps during the past few years, where the state managed to reach milestones on a par with leading countries in this sector, whether in terms of the number of flights taking off or landing every day at UAE airports or the number of passengers,” said Saif Mohammed Al Suwaidi, director-general of GCAA.

He said the UAE seeks to become first globally in the airline service quality index after it achieved a unique shift in the size of its air transport infrastructure projects over the past few years.

According to Boeing, airlines in the Middle East, led by the four UAE carriers, will require 2,990 new aircraft worth $754 billion over the next 20 years, to meet rising demand as the region continues to grow its commercial aviation industry.

In line with International Air Transport Association projections, Boeing forecasts 5.2 per cent growth in traffic over the next 20 years, supported by a 4.9 per cent increase in total regional fleet size. The size of the Middle East market is expected to be worth $660 billion in two decades, with the four UAE carriers expected to account for a large part of it.