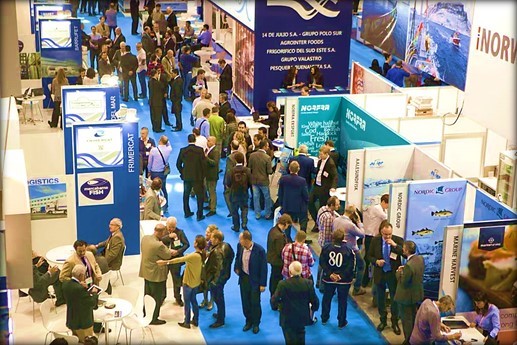 Turkish Cargo participated in Seafood Expo 2017, the biggest seafood expo of the world organized in Brussels, Belgium, hosting more than 26.000 buyers, suppliers, press members and other aquaculture specialists from more than 140 countries. Organized for the 23rd time this year to bring the industry giants together, the expo was hosted by Central and Southern Europe Cargo Regional Management – Cargo Supervisor’s Office in Brussels.

The representatives of Turkish Cargo held several meetings with the participating agencies and producers, and gave extensive information on the competence of our Company in transportation of seafood, as well as on the current fleet and network structure besides the capacity to be attained upon procurement of the new aircraft.

At Turkish Airlines stand, which drew a great deal of attraction from both buyers and suppliers during the expo bringing the representatives of seafood industry together, meetings were held and contacts with more than 50 participants were established digging out the opportunity to achieve new cooperation, and our corporate approach was relayed to the participants emphasizing the high standards and technological infrastructure of the Turkish Cargo facility.