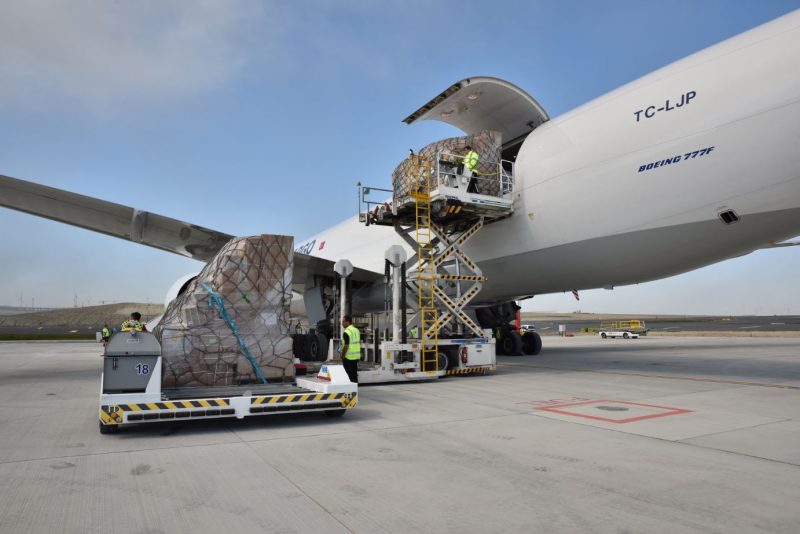 Maintaining its accomplished operations from Ataturk and Istanbul airports as ‘Dual Hub’, the global brand of Turkish Cargo continued its strong growth momentum during the first quarter of the year despite the shrinkage of the global air cargo sector.

During the first three months of 2019 which featured a shrinkage of 3.1 percent across the air cargo sector, Turkish Cargo managed to increase its sold cargo tonnage by 11.6 percent compared to the same time period of the previous year according to the WACD (World Air Cargo Data). With this success, Turkish Cargo maintained its 7th place on WACD list while showing its determination for its rise to the top.

According to the WACD’s first quarter regional data, Turkish Cargo experienced the most growth on Asian and American markets. Global carrier achieved a growth rate of 15.4 percent in the sold cargo tonnage across the Asian market which experienced a shrinkage by 4.4 percent while achieving a growth rate of 29.1 percent across the American market which shrunk by 3.1 percent. National air carrier enjoyed positive results in all regions it operated.

Reaching up to a total of 309 destinations in 124 countries with the transportation capacity of Turkish Airlines that sweep the entire world with its newly-launched destinations and operating direct cargo flights to 88 destinations, Turkish Cargo keeps enhancing the quality of its services with each passing day with its current infrastructure and investments.