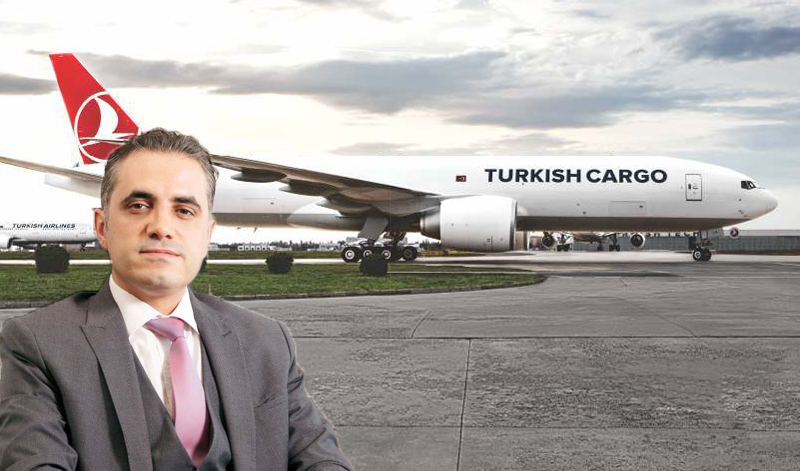 ‘’Having been a cornerstone in social, cultural and economic terms for hundreds of years, Istanbul will serve as a brand-new mainstay for the global air traffic. Acting with its young and dynamic team, Turkish Cargo aims to increase the number of cargo dedicated direct destinations to minimum 150 from 85 by 2023, and to respond the requests in the most ideal way. – Fatih Cigal, Senior Vice President for Cargo Marketing, Turkish Cargo.” 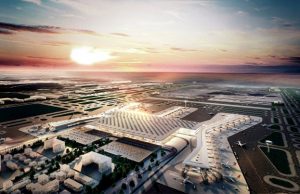 Turkey is scheduled to unveil on October 29 its new airport, the Istanbul New Airport, spread over 76.5 million sqm of land, which can handle as much as 200 million passengers a year and 6 million tons of cargo, making it the largest airport in the world, thus far, when it opens.

Strategically located connecting Europe, the Middle East, Asia to as far as Africa, Turkey is bent on using its geographical advantages to rollout a thriving business in aviation, logistics and air freight, designed to create at least 1.5 million jobs.

Fatih Cigal, Senior Vice President for Cargo Marketing at Turkish Cargo, told Air Cargo Update in an email interview, the new airport was created with thoughts of bridging the gap between continents through affordable means of transportation to support businesses and economies.

“This mega hub will serve as a bridge between Asia and America, Europe and Africa continents, and will rise as a new point of departure with its feature of being a transit center in air transportation. Being one of the fastest growing air cargo brands in the world, Turkish Cargo will increase its capacity and be capable of carrying and handling 4 million tons of cargo on annual basis with its modern and modular premises covering an area of 165 m2 at Istanbul New Airport, to be completed in 2018,” explained Cigal who assumed his new post early this year after handling other key management positions in Turkish Airlines since 2005.

“The cargo tunnels, to be built between the cargo premises and the Yankee area, will save time and maximize the security,” added Cigal who studied industrial engineering at Istanbul Technical University.

The country’s new airport boasts of a modern cargo city that can accommodate more than 30 wide-body aircraft to simultaneously dock at parking positions located in front of warehouses.

They are designed to use the air side service tunnels by passing beneath the runways and taxiways to avoid affecting passenger aircraft traffic.

The Cargo City will host ware-houses, agency buildings, customs office and all cargo/logistics operations with service points for banks, cafes and restaurants, dry cleaning, salons, prayer areas, veterinary, medical center and test laboratories, among others, to support various companies in the area.

With 456,000 sqm planned for car parks that can handle 18,000 big and small vehicles, traveling within the Cargo City would be seamless.

“The mega-hub Istanbul New Airport, which will be replacing the existing Ataturk Airport, is due to open with its first phase in October this year and is a clear statement of intent for Turkey to become a major air cargo gateway and the investment in technology for the air cargo sector,” he stressed.

Once the first phase is opened, the company’s cargo capacity will increase to 2 million tons annually up to 6 million tons eventually.

“With the new airport, we will be increasing our cargo capacity to 2 million tons annually with an airfreight footprint of 1.4 million sqm, including cargo aircraft parking areas, which will allow simultaneous handling of 35 wide-body freighter aircraft,” Cigal said.

With the Turkish government’s support, Turkish Cargo’s new hub will have state-of-the-art facilities to facilitate easy storage and trans-portation of different types of goods at various destinations across the world.

“Thanks to its investment in automatic storage systems and the layout plan to support special products and services, Turkish Cargo’s new cargo terminal will have bespoke temperature-controlled facilities for cold chain pharma and perishables products, plus high-tech warehousing for mail express cargo and e-commerce,” Cigal said.

“The new Pallet Container Handling System will have a total of 2000 positions, of which 200 are used for cold ULD and ASRS with 16,800 position capacity which are planned to be used in warehouse handling.”

“The postal and e-commerce operation area is 5,000 m2 and it provides the possibility of doubling the capacity and will be offering direct connection with the PTT facilities,” he added.

Turkish Cargo’s ultimate goal is to become one of the world’s top 5 air freight companies. Cigal said the company’s infrastructural innovations and improvements are geared towards this goal, which he believes, will be achieved given their good performance in recent years. 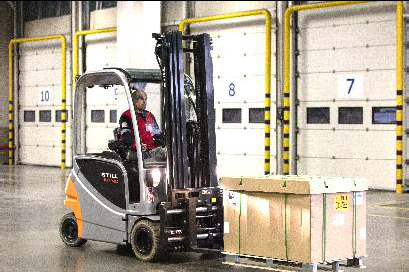 In 2017, Turkish Cargo carried 1.1 million tons of cargo and it expects to wrap up the year with 1.3 million tons.
Cigal said e-Commerce grew by 30 percent in recent years and all indications point to continued growth in the coming years. Turkish Cargo, he said, is already making plans to cater to this growing market.

“The most rapid growth in air cargo traffic is achieved in e-commerce transportation with an annual growth rate up to 30%, in recent years. The e-commerce products, sent from Asian Far East to Europe, achieved a growth rate of 66% in the last 2 years, and the global e-commerce volume is expected to increase to 3.5 trillion US dollars in 2019,” said Cigal.

“The domestic e-commerce companies have had the chance to sell their products to the markets, covered by Turkish Airlines and Turkish Cargo, via online market place, providing a contribution to Turkey’s annual exports target of USD500 billion,” he noted.

To better serve the growing e-Commerce market, Cigal said Turkish Cargo is investing on smart storages, information and communication systems as well as other logistics infrastructure requirements in their new cargo terminal at Istanbul New Airport. 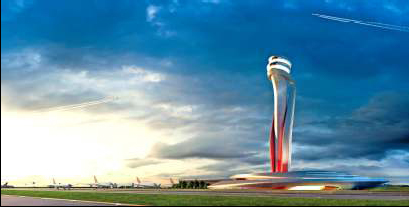 “Besides its fleet and facility investments, Turkish Cargo has been following the evolution of commerce today and the future expectations, and makes a move accordingly and realizes its investments in the field of e-Commerce through the current and future agreements,” said Cigal.

In a bid to widen its clout in the Chinese market, Turkish Cargo signed last August a partnership agreement with the Chinese express cargo group ZTO and Hong Kong PAL Air to focus on the global e-Commerce market and door-to-door service.

With Turkish products getting more popular across the world in recent years and Turkey’s air transportation getting recognized for its reliability, Turkish Cargo’s role as an enabler and trading partner of sort is further strengthened.
And Cigal has high hopes the company will soar higher as it strives harder to achieve its goals while helping traders and economies.

“Combined with the cargo carriage capacity of Turkish Airlines which is flying to more countries than any other airline in the world with a network covering 307 destinations in 122 countries and the direct cargo flights to 85 destinations operated by its additional cargo aircraft fleet, Turkish Cargo will maintain its upward growth without slowing down,” Cigal said with optimism.

“When we move into Istanbul New Airport soon, we will realize many substantial innovations that will be of particular concern to the global air cargo trends. Our modern premises, to be capable of handling 4 million tons of cargo on annual basis, have currently the largest capacity,” he added.

Flying cargo since 1936, Turkish Cargo is bent on becoming a power house in the global air freight industry with unrivaled quality of service and efficiency at reasonable costs.

“Having been a cornerstone in social, cultural and economic terms for hundreds of years, Istanbul will serve as a brand-new mainstay for the global air traffic. Acting with its young and dynamic team, Turkish Cargo aims to increase the number of cargo dedicated direct destinations to minimum 150 from 85 by 2023, and to respond the requests in the most ideal way,” said Cigal.

“In 2019, we plan to provide services in our 165,000 m2 cargo facility at Istanbul New Airport. We will be moving faster and more confidently our goal of becoming one of the world’s top 5 air cargo companies,” he concluded.

Instead of using nearly 2,250 transport vehicles to deliver fuel at Istanbul New Airport, Turkey is utilizing the low-cost fuel supply transfer via ships through the 12-km pipeline it built to connect fuel tanks to the airport.
Last August, the airport had its first refueling test with 63,000 tons of oil delivered and transferred from its Fuel Supply Port.

“The first refueling took place less than 80 days before the opening of İstanbul New Airport that will be the world’s largest airport built from scratch with the capacity of 200 million passengers. The fuel needs of İstanbul New Airport will be met by sea, instead of being delivered by land, and the first fuel shipment of 63 thousand tons was made from İGA Fuel Supply Port built for that purpose,” IGA shared to the press.
İGA Fuel Supply Port’s fuel capacity is two-fold of the fuel capacity of airports in Turkey at 6 million cubic meters, it added.

Daily fuel consumption at Istanbul New Airport is estimated at 13,200 cubic meters.
“We will have the advantage of cost-effective fuel transport by sea to İGA Fuel Supply Port from all parts of the world thanks to this infrastructure. The port will ensure the fuel provision and security of supply form the areas where affordable base fuel prices are offered. The tanks of İGA Fuel Supply Port has annually fuel intake capacity of nearly 6 million cubic meters,” it said.