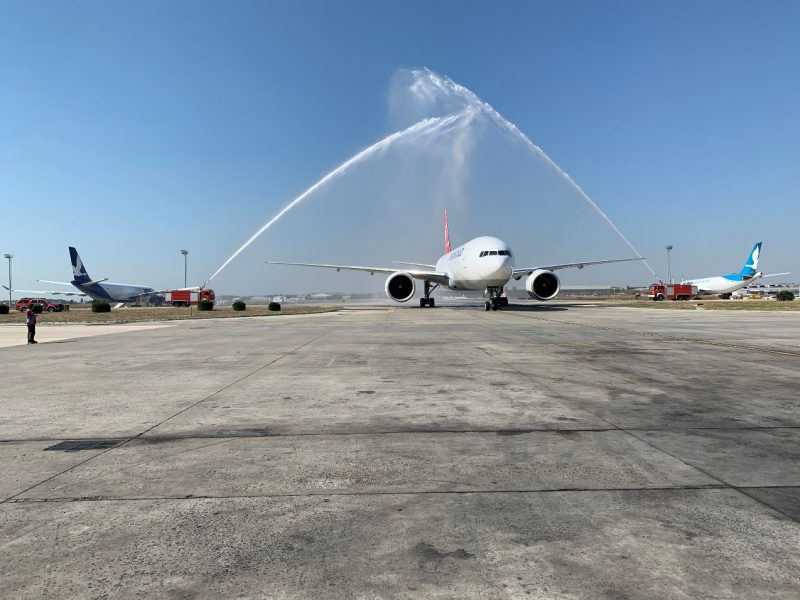 Turkish Cargo, the fastest-growing air cargo brand of the world, included the sixth Boeing-777 Freighter, capable of flying at a range of 9200 km, without any limitation, to its fleet.
Taking off from Everett Paine Airport (Seattle/USA) and landing at Ataturk Airport on Wednesday, the Boeing-777 Freighter falls under the new-generation freighter category capable of carrying 102 tons and equipped with a high level of fuel-saving and technical safety.
Taking delivery of the first Boeing-777F freighter, which has many substantial benefits in terms of operational costs, efficiency and reliability in intercontinental journeys, in 2017, Turkish Cargo will have a total of 8 Boeing-777 Freighters by 2020.
Developing and reinforcing continuously its fleet of 344 aircraft including 24 freighters, the global air cargo brand keeps growing with accomplishments. According to the data obtained by WACD, the international air cargo data provider, in August, Turkish Cargo has increased its tonnage rate by 7.5 percent, ranking 7th across the air cargo market which has shrunk by -7.1 percent.
Maintaining its sustainable and accomplished growth with air cargo operations at more than 300 destinations including 88 direct cargo destinations at 126 countries across the world, Turkish Cargo aims to be one of the top five global air cargo brands by 2023.