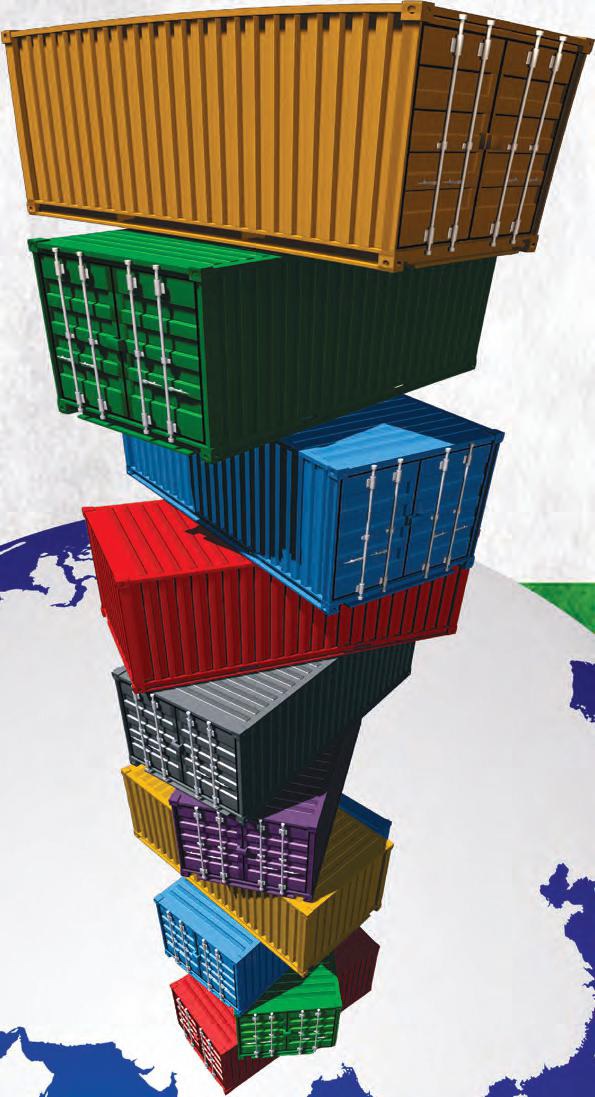 Trade to pick up soon in India

The air freight industry had a key role to play not only in promoting exports but also in making success of the Prime Minister’s pet programme – Make in India campaign.

Around 95 per cent of India’s trading by volume and 70 per cent by value is done through maritime transport. What is that five per cent which makes up 30 per cent in value? They are goods such as gems and jewellery, pharmaceuticals, textiles, automotive components, leather goods, floriculture, perishable goods etc. which make up top air freight. Sea trade continues to dominate due to lower costs and easy of access. Air cargo is about 12 to 16 times that of sea cargo.

Though the government of India has an ‘open sky’ policy, under which an airline can transport cargo, irrespective of tonnage, to any country, the takers are limited and are primarily those who are ‘time-bound’. The top exported items in 2015 were pearls, precious and semi-precious stones, gold, drug formulations, motor vehicles and cars, cotton fabrics and readymade garments with destinations being the US, UAE, Hong Kong and China.

As there has been a decline in exports, the government has raised duty drawback rates for exporters and implemented the interest stabilisation scheme in November 2015. While that will help exporters recover higher input tax outgo that they pay during process of making the final product, the interest stabilisation scheme will allow exporters to receive bank loans at a lower rate of interest. The President of Federation of Indian Export Organisations (FIEO), S.C.Ralhan said that global demand was not picking up and that US was the only country which was showing little signs of improvement and that this did not augur well for India’s exports.

So when the air cargo industry professionals got to meet at Mumbai at Air Cargo India 2016, the topic of discussion was how to make air cargo lot more accessible to the trade. Though the total shipments are expected to touch $270 billion in 2015-16, India has forecast exports to reach $900 billion by 2020 and air cargo will have to play a major role in this.

Inaugurating the three-day event of Air Cargo India 2016, Dr. Renu Singh Parmar, Senior Advisor to the Ministry of Civil Aviation, sounded optimistic by stating that despite the decline in exports witnessed in the preceding year, that trade would pick up sooner than later. The air freight industry, she said, had a key role to play not only in promoting exports but also in making success of the Prime Minister’s pet programme – Make in India campaign.

In one of the sessions, Glyn Hughes, Global Head of Cargo, IATA, who moderated the session, quizzed the panellists if the air freight industry in India is ready to provide the right links to the global market. While the panellists agreed that there were challenges, they underlined that it was important to nurture skilled labour, create an environment conducive to business by relaxing regulations, and adopt technologies for ease of doing business among others.

The refrain at the event was that freight forwarders would have to brace themselves up in the light of the flourishing e-Commerce sector and IT and logistics companies will play a yeoman role in changing the face of the industry in the coming years, not just in the domestic market, but also in international trade. It was felt that the freight forwarders will hit a brick wall soon in their ability to compete against the likes of ecommerce giants like Amazon, Alibaba, Flipkart, Google and the other large IT and logistics companies that will market their services beyond their own needs.
Good attendance

Not just the freight forwarders, everyone in the air cargo sector is bracing up for the challenges and this was reflected in the event which attracted over 430 delegates and nearly 3,500 trade visitors. Over 70 leading companies exhibited their products and services at the Grand Hyatt, the venue of the event. The Group Editor-in-Chief of STAT Media, R.K.Patra pointed out the fact that the event was taking place in the backdrop of the ‘Make in India’ initiative of the Government of India aimed at boosting the manufacturing activities and thereby promoting the export industry. The main theme of the event was ‘Make in India – Air Cargo Makes it Happen’.

The Pharma Air Shippers Forum, hosted by Brussels Airport, had overwhelming response as it provided a platform for the shippers of pharma products to meet with other links in the supply chain and address the challenges faced by them. The Air Shippers Forum, hosted by Frankfurt Airport, had the theme ‘Facilitating Indian export and import’. Of the total 140 participants present for the session this year, 85 of them were shippers representing different export segments from around India. There were also other air cargo industry stakeholders from around the world present for the one-of-its-kind forum.

“The Air Shippers’ Forum exceeded our expectations in many ways,” said Dirk Schusdziara, Senior Vice President Cargo, Fraport AG (the Frankfurt Airport Company). “First of all, we were overwhelmed and very pleased with the number of Indian shippers who attended the event. Our idea was to facilitate the session jointly with FIEO and STAT Trade Times and to start a dialogue between manufacturers, airports, airlines, governmental bodies and other members of the global supply chain. The lively discussions during the session demonstrated a huge interest of the participants in this dialogue and we see the event as a start of lots of fruitful meetings to come where open issues relating to import and export processes can be tackled and hopefully solved,” added Schusdziara, who was also a speaker on the panel that had representatives both from trade and government regulatory bodies.

Schusdziara acknowledged that the forum was a confirmation of the importance of the need for an enhanced dialogue between manufacturers/shippers and Frankfurt Airport in order to inform the supply chain managers of offerings and ways to ease and to speed up the process via the global logistics hub at Frankfurt. “Our aim is to make air freight even more competitive and Frankfurt the preferred gateway for global air cargo shipping,” he said.

Des Vertannes, former Global Head of Cargo at IATA, who played an active role in the forum said: “It was extremely satisfying to engage with the largest collection of shippers ever to attend an air cargo conference during Air Cargo India 2016. Their vocal passion to understand and overcome existing roadblocks was clearly evident so I am confident they will be the driving influence along with the users of e-commerce in the evolution of the air cargo supply chain by the turn of this decade.”