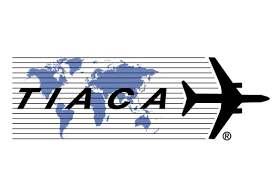 Alexey Isaykin, President of Volga-Dnepr Group, has been inducted to the TIACA Hall of Fame.

Isaykin has been President of Volga-Dnepr since 2002, during which time the organization has grown to a global group of more than 20 companies.

“Alexey is an inspiring individual who has made many great contributions to the air cargo industry, and we are pleased to be able to celebrate his work with this very deserving recognition,” said Doug Brittin, Secretary General, TIACA.

Isaykin graduated from the Irkutsk Institute of National Economy in 1976 before joining the Ulan-Ude Aviation Plant as an Air Force economist with responsibility over aviation equipment.

“This is a great honor and I am very pleased to be recognized alongside so many outstanding individuals who have played a key role in shaping the aviation industry, like Oleg Antonov, the truly visionary of the industry, whose aircraft is the essential part of the global market and help customers from all over the world to deliver any kind of cargo in due time and place,” said Isaykin.

“Our industry plays a crucial role in the world today and being a part of the air cargo community has been a privilege.”

Isaykin will be formally inducted to the Hall of Fame at TIACA’s Executive Summit, taking place from 24th to 26th May in Hollywood Beach, Florida, USA at the Margaritaville Resort.