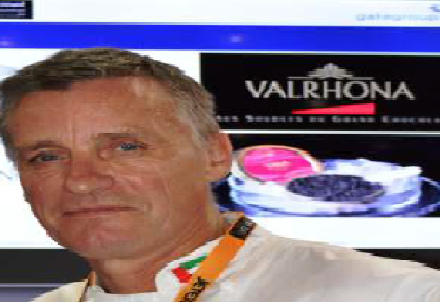 The Lounge - The sweet smell of success

He ran away at 16 in search of a better future. Lost and hungry, he found himself chasing an extraordinary smell of a roast beef from a big hotel and found his niche—becoming an international chef

If you’re from North East England born in the ’50s, you’re cut out to work in a ship building, a coal mine or the steelindustry unless you dare to be different and change your destiny. Thomas Harker was among those who dared change his fate and is now reaping his rewards.

This British celebrity chef who currently works as the executive chef & operations manager at executive
gourmet of Gate Gourmet Catering Arabia in Al Bateen Executive Airport ran away at 16 because “I didn’t want to
work down the pit in a ship building, coal mine or the steel industry.”

With just a few clothes, Harker walked away from home and hitchhiked on a truck to reach London. “For three days, I lived rough on the streets. I was walking around stealing people’s milk on doorsteps to survive. And
then one day, I smell a fantastic roast beef. And if you’ve been really hungry, it’s the best thing you could ever smell,” Harker now 57 shared to Air Cargo Update. “It led me around the back of a big four-star hotel.”

The head chef whom he described as a “big, big, tall Scottish guy over 6-ft tall” took him to the kitchen and let
him eat in exchange for cleaning pots and pans.“I didn’t get paid but they fed me and I slept in a storeroom
inside the hotel kitchen,” recalled Harker. That stint lastedfor two months until he was offered an apprenticeship.
That kitchen became his home and the chef and the cooks his family.

He worked in that hotel for three years and eventually landed high-paying restaurant jobs enabling him to
finance his college education. After college, Harker landed even better jobs and was later hired by British Airways. He hopped from one airline to another, bringing him to even greater heights and new places to call home.
When he became a Michelin star, he even created menus and cooked for HRH Queen Elizabeth of England, the late
Princess Diana, Prince Charles and the British Prime Minister Margaret Thatcher.

He is also the only chef to have cooked while flying on Concord to New York. He had also worked alongside some of the best chefs in the world like Gordon Ramsay and even had a stint at BBC Food. Hollywood superstar and former California Governor
Arnold Schwarzenegger also had a taste of Harker’s good food. Harker also cooked for the late King Hussein I of Jordan during his royal flights and recalled how kind the ruler was. After spending many years in Bahrain and Qatar, Harker now calls Abu Dhabi his new home.

In his spare time, Harker cooks for friends and family, entertaining them with new recipes, food philosophies
and more. “I love cooking. Chef-ing now is the new rock and roll,” Harker said fondly. This father of four and grandfather to five children, also finds time going to the gym, do boxing and kickboxing. He also loves biking and driving his fast cars.

“I just love life. I love my bike and my fast cars,” he said. Though still far from retiring, Harker is now entertaining the idea of one day spending time teaching people the philosophy and the love of food.

“I’ve always wanted to do my own restaurant but probably I’d take up teaching philosophy of food and how
to love food,” he said. LOUNGE The The sweet smell of success He ran away at 16 in search of a better future.
Lost and hungry, he found himself chasing an extraordinary smell of a roast beef from a big
hotel and found his niche—becoming an international chef

“You got to love what
you’re doing. It’s a big world”