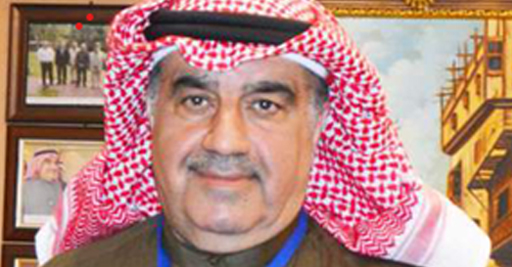 The Kuwaiti journalist turned entrepreneur with close to 600 miniature planes

A walk into Ahmed Ismail Behbehani’s office is like going to a museum of sort with his massive collections of vintage and modern air planes as well as priceless historical photos.

His walls festooned with countless photos taken with heads of states, dignitaries, celebrities, global icons and even royalties like Queen Elizabeth, Prince Charles and the late Princess Diana on different times when they visited the tiny but oil rich country of Kuwait in the Middle East.

Behbehani is no doubt an influential man in his own right with privileged access to historical moments shaping the country’s political and economic relations with other countries across the world, which he rightfully earned after championing the cause to promote freedom of speech in Kuwait and promoting the country’s economic interest in neighboring markets in the region.

His media career began in 1979 at Kuwait University when he launched the academic community’s first campus paper. After earning his degree, he ventured into the newspaper industry but struggled to obtain a publishing license in Kuwait.

Determined to have an independent newspaper in Kuwait, Behbehani obtained a publishing license in London, have the paper printed in Bahrain and distributed the copies across GCC.

“They don’t give license to the media at that time so I got my license in London. We had the paper printed in Bahrain and then distributed the copies in the Gulf,” Behbehani, the editor-in-chief of the widely-read Al Khaleej Newspaper, shared to Air Cargo Update.

After his successful venture in the media, Behbehani was elected in Kuwait’s parliament and served the Kuwaiti people to the best of his abilities.

After trying politics, Behbehani decided to delve more into entrepreneurship and today owns one of the biggest high-end automobile dealership in Kuwait as well as a media and events company that produces aviation shows across the Middle East, mainly in Egypt.

The aviation shows that he produces resulted in a hobby of collecting different planes and models, some of them already considered vintage like the 52-year-old G2, a gift from a travel agency owner.
“My first plane was a toy which I got more than 40 years ago,” recalled Behbehani, the Chairman of the Organizing Committee of the Kuwait Aviation Show. “Today, I would say I have more than 576 planes, some of them are already vintage.”

Behbehani said he finds joy in collecting different aircraft and relishes the fact that aviation connects businesses, people and communities across the world.

“I love planes,” said Behbehani who is also into selling private aircraft.

The Kuwait Aviation Show 2020, under the patronage of HH Sheikh Sabah Al-Ahmed Al-Jaber Al-Sabah, drew thousands of people across Kuwait apart from connecting companies related to aerospace and aviation to potential investors and buyers.