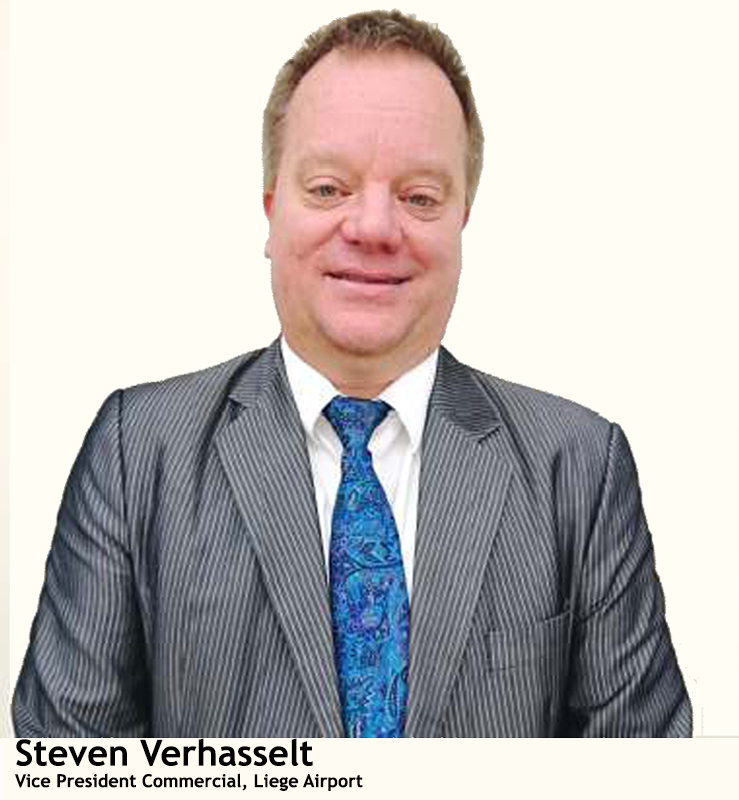 The football addict who prefers the sofa on holidays

Steven Verhasselt, Vice President Commercial at Liege Airport, travels approximately 250 days a year, leaving him not much time for leisure but lots of opportunities to connect with people.

The Belgian national who lives in Hong Kong since 2003 says he travels at least once a month to Brussels to meet up with his team. And the rest of the year, he spends flying to different cities to speak with clients or to represent the company in various business activities or speaking engagements.

This interview was done in Dubai on January 30, 2019, at the conclusion of the two-day Middle East Air Cargo & Logistics Conference where Steven was a speaker and moderator. He’s back to Brussels the next day before flying to Manchester in the UK and then to Frankfurt.

Before the week was over, Steven has traveled back to the Middle East before returning to his family in Hong Kong in time for the February 5 Chinese New Year.

“I travel 250 days a year for work,” Steven told Air Cargo Update. And with Liege’s major clients—FedEx, Ethiopian Airlines, Qatar Airways Cargo and Air Bridge Cargo—spread across continents, Steven is required to travel constantly which may even be heightened with his company involved in the Alibaba project in China.
And when he finds time to holiday with his family, Steven says he ends up spending it mostly on the sofa to catch up lost sleep.

“While on holidays, I spend it mostly on my sofa,” Steven shared with laughter. “Seriously.”
A graduate of the Ehsal Business School with Master in Business Administration, Steven began his career as an investment analyst mainly tasked to do reports on aviation and air freight.

“I came in the industry 20 years ago. I was at that time working as an investment analyst for an investment firm. Those were the time when Belgium still had SABENA and everything was wonderful and beautiful,” Steven shared. “SABENA is the national airline of Belgium that went bankrupt 20 years ago (1923-2001). As an investment analyst, I was asked to analyze the feasibility of SABENA as a cargo carrier and I was captured by that project, traveled the world.”

Though the SABENA cargo project never made it, Steven opted to stay in the industry and ended up in Hong Kong where he met his wife.

“When I’m not busy, I’m a football addict. I play. I coach. I watch. During holidays, I go for scuba diving, play golf or ski,” he shared.

And despite his hectic schedule requiring constant traveling, Steven is loving more the industry which he says connect him with people and the real world.

“Talk to people. Meet people. Stay informed. It’s all good to study and to read. That’s all great and well. But to me, staying connected with people and the real world, make this industry so unique,” says Steven when asked for advice on how to keep up with the industry.

“There’s no industry like ours because we’re all global connectors.”