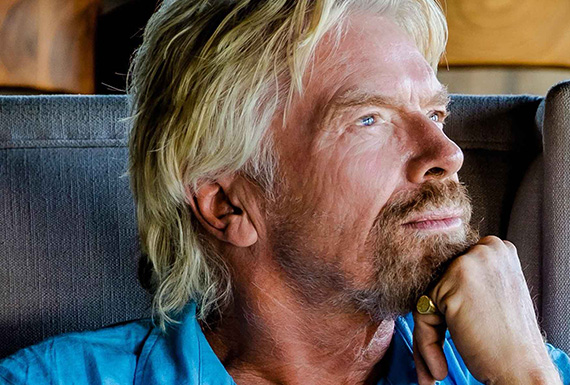 Just a few days’ shy of his 71st birthday, Sir Richard Branson made history on 11 July 2021 as the world’s first space tourist, beating other billionaires, Space X’s Elon Musk and Amazon’s Jeff Bezos, in the race to the outer space.

Flying high aboard his own spacecraft called VSS Unity operated by his space venture company, Virgin Galactic, Branson reached the edge of space (86 kilometers or 53 miles) along with three other pioneers, signaling the much anticipated space tourism launch on Earth by 2022 where one has to pay up to $250,000 per trip.

Safely returning to Earth just over an hour after his spaceship lifted off to space, the eccentric British billionaire described the trip as “magical” and an “experience of a lifetime.”

“I have dreamt about this moment since I was a child, but nothing could have prepared me for the view of Earth from space. We are at the vanguard of a new space age. As Virgin’s founder, I was honored to test the incredible customer experience as part of this remarkable crew of mission specialists and now astronauts,” said Branson.

Branson, who in the 1970s founded Virgin Group, which today controls more than 400 companies in various fields, including Virgin Atlantic and Virgin Atlantic Cargo, is known for his edgy adventures.

Defying odds, Branson, who has dyslexia was once told by his headmaster on his last day at school, marked by poor academic performance, that he would either end up in prison or become a millionaire. He became the latter by becoming a serial entrepreneur beginning at age 15.

“When I was in school, people hadn’t really heard of ‘dyslexia’ and I just assumed I wasn’t very clever. I really struggled in school and I ended up dropping out at the age of 16. It wasn’t until I entered the real world that I realized dyslexia was one of my greatest strengths as it allowed me to think creatively and see solutions where other people saw problems. It’s wonderful to see that things have progressed and students like Angus are realizing the advantages of dyslexia in school. There’s still a way to go though, which is why Made By Dyslexia’s mission is so important,” Branson said in his blog expressing support to a young boy with Dyslexia from Australia who sought his advice.

Branson founded the youth culture magazine “Student” as a teenager and eventually built his multibillion empire, Virgin Group, from scratch.

“You don’t learn to walk by following rules. You learn by doing, and by falling over,” Branson once famously said.

Known for his adventurous spirit, Branson is into kitesurfing, ballooning, sailing, and yes, chess. He once held the fastest-ever Atlantic Ocean crossing by flying on a balloon with a speed of 145 miles per hour from Japan to Arctic Canada. He is also known for doing a series of other oceanic balloon journeys and kitesurfing across the channel.

Always curious and motivated, Branson has this advice he once said in an interview, “I see life almost like one long university education that I never had – every day, I’m learning something new.”