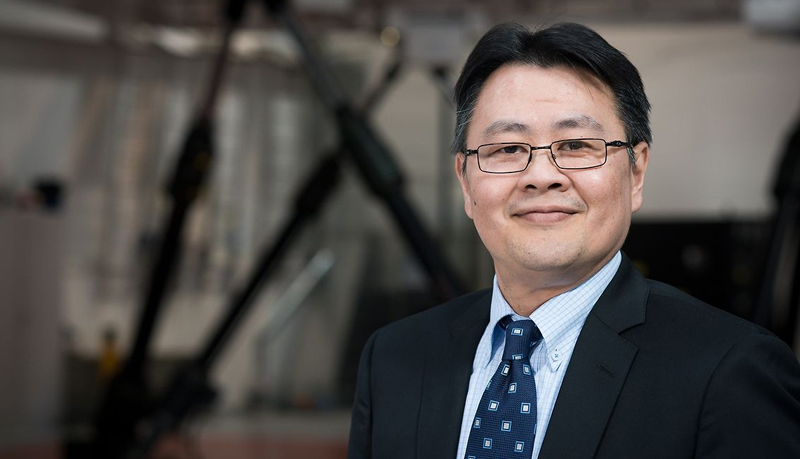 The CEO who wants to stay connected even on a holiday

Thanks to technology and the internet the world has become smaller and work can be done remotely no matter where we are. The digital age changed a lot of things even when we’re on holidays that we can’t live without it. We take snapshots of places we’ve been too and instantly share them on our social media accounts or to friends. We are chained to the wire for good reasons.

For busy business executives, the internet is an extension of their oﬃce or the boardroom. Richard Forson, the CEO of Cargolux Airlines, Europe’s leading all-cargo airline which owns 14 Boeing 747-8 freighters and 16 Boeing 747-400 freighters, is no exception to the power of global connectivity.

The workaholic CEO says there are three critical things he must have even when traveling on a holiday: a WiFi, a mobile phone and a laptop.

“I always tell my wife, ‘wherever you want to take me, make sure that there’s WiFi,’” Forson, a ﬁrst generation Chinese-South African national who was born and raised in South Africa, shared with Air Cargo Update.

“When I travel, I still want to be always connected,” added Forson, a workaholic, who rarely takes time oﬀ from his busy schedule. He spends even his weekends in his oﬃce saying “when it’s quiet.”

This father of two who has turned Cargolux into a proﬁtable business after lackluster years attributes the company’s success to team work, innovative solutions and their employees’ commitment to work harder.

Under Forson’s leadership and an intense year-long negotiations, the management of Cargolux and its social partners, LCGB and OGBL, signed two new collective work agreements in August. One covers the period between 1 December 2018 and 31 December 2019 and the second will become eﬀective as of 1 January 2020 until 31 December 2022.

The two agreements will result in substantial improvements for the more than 1.300 employees covered by the airline’s collective work agreement. The improvements include a salary increase of 6% for ground staﬀ and 4% for pilots over the 4-year duration of the contracts. Staﬀ hired since December 2015 will beneﬁt signiﬁcantly from additional adjustments of salaries, oﬀ- day and vacation entitlements, bringing all staﬀ to similar levels. These CWAs provide security of employment for the airline’s employees.

“I am pleased that we have managed to reach an agreement with our social partners. This agreement cements job security within our company while contributing to Cargolux’s sustainability on both social and economic fronts. Building on this solid foundation, we can strengthen our position as a leading player in the global air freight industry,” said Forson in a statement after the deal was made.

An aviation industry veteran since 1990, Forson shared the importance of loving what you do for a living.

“The world today has too many graduates. But the typical entrepreneur has never been to a university,” he said.

Growing up in South Africa, Forson said he saw ﬁrst- hand how small and medium businesses generated jobs and sustained communities despite great political and economic challenges the country faced. And that he said is something to be nurtured.