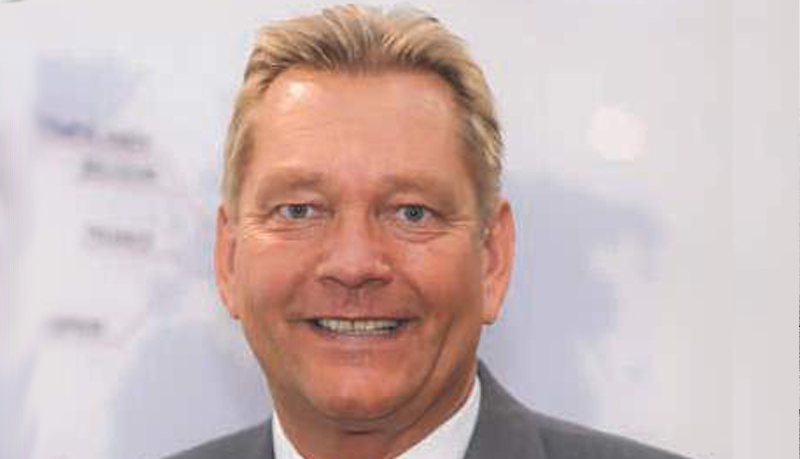 It was more than three decades ago when Ingo Zimmer first joined the air cargo industry. His first job was with Danzas in Germany as an apprentice before spending the next four years with the German Air Force.

After his military stint, Zimmer returned to the air freight industry in 1987 as cargo-agent in Röhlig Airfreight. Two years later, he moved to ATC Aviation Services, where he spent the next 30 years helping grow the company which now has a turnover of more than EUR400 million annually.

Three decades ago, ATC only had offices in Switzerland, France and Germany representing only two airlines—Air Mauritius and Air Madagascar. Today, it is among the world’s leading GSSA companies with more than 75 airlines in its portfolio.

“Today, we are representing more than 75 airlines in 27 countries. Our annual turnover is 400 Million Euros. Among our airline customers are ANA, Qatar Airways, United Airlines, Etihad, Ethiopian Airlines, Turkish Airlines and many others,” Zimmer shared with Air Cargo Update.

Back in the day, sales and communications were done mainly through telex and fax machines. Statistics and market information only came from government sources as opposed to today’s open data source policy.

“Today, the digitalization in our industry is an important topic. Vertical sales and customer segmentation is important to achieve optimum results. Data collection and evaluation based on CASS data, Seabury information and many other sources are necessary to steer our worldwide information. State-of-the-art IT and new software like Power BI keep us on the top of the industry,” said Zimmer but emphasized that people remains the greatest assets of any company even in today’s fast-paced digital world. “Still our team members and managers are our biggest assets.”

Not wanting to rest on his laurels, Zimmer continues to lead ATC in exploring new opportunities. His team now eyes expansion to Asia after successfully conquering the markets in Europe, US, Canada, South America, India and RSA.

Balancing family time with work, Zimmer also loves spending time with his four children and walking his two dogs. He also plays golf and read whenever he can find the time.

He highly recommends these three books—Radetzkymarsch by Joseph Roth, The Methusalem Komplott by Frank Schirrmacher and the Bible.

Collecting wines and Cohiba cigars from Cuba, where his wife came from, is also part of Zimmer’s happiness.

“My priciest piece is the Chateau Haut-Brion 1983 which is very expensive. In my collection, I also got red wines at more moderate prices from Spain, Argentina and France. One of my favorites is the Abadía Retuerta Selección Especial 2012. I enjoy wine with a cigar. My wife is from Cuba and besides wines, I am also collecting Cohiba cigars,” says Zimmer who has extensively traveled across the world.