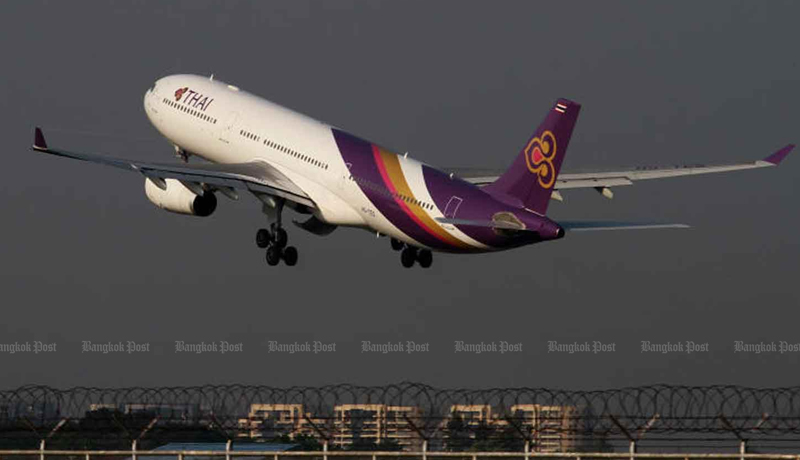 Thai Airways International has appointed five people, including one of its former presidents, to jointly hold the position of plan preparer during its business rehabilitation process.

Wungcharoen, the former chief executive of TMB Bank, joined Thai’s board on 25 May, along with Salirathavibhaga, who is a former justice minister.

The five men and EY will have “the authority and duty in managing the business and assets of the company”, Thai says in a 27 May filing to the Stock Exchange of Thailand.

“This rehabilitation process will enable the company to reach its rehabilitation plan’s objectives even more effectively step by step as supported by the laws, which provides equitable protection to relevant parties,” Thai Airways says.

“Moreover, during the process of rehabilitation, the company will still be able to conduct its normal business operations, whether it be providing passenger transportation service to global destinations or postal transportation service, of which will be carried out concurrently with the rehabilitation of the company, in order to improve the operational efficiency and further improve the quality of products and services.”

Alan Polivnick, a partner at Watson Farley & Williams in Bangkok, describes the appointments as an “interesting mix” of people and says the appointment of Amranand is a good move because he has prior experience in trying to reform the airline. Someone of EY’s “stature” being appointed is also a positive, he adds.

Once creditors have approved the plan crafted by these five plan preparers, a plan administrator needs to be appointed to carry out the plan. This could be the same five individuals, or it could be a different individual or individuals.

“If you are appointed as the plan preparer, there is a fairly good chance that you are going to be the plan administrator because of the sort of knowledge and expertise you build up on this. It’s all going to depend on the creditors really,” Polivnick says, adding that there are historical cases of creditors voicing objections.

A hearing to decide whether Thai Airways may enter business rehabilitation has been set for 09:00 on 17 August, according to a 27 May statement from the country’s Court of Justice.

“There was a flurry of activity around when they were going to file and what had to be done, and now that we have this date, I think people will probably take a bit more time to look at what they have to do. Some of the creditors’ relationships with Thai are quite complex: you have contracts, purchase orders, all sorts of different structures,” says Polivnick.

“So there will need to be some time to understand how the relationship works, what are the contractual obligations, and to make sure that that is sufficiently conveyed in the application that the creditors have to file with the court.”