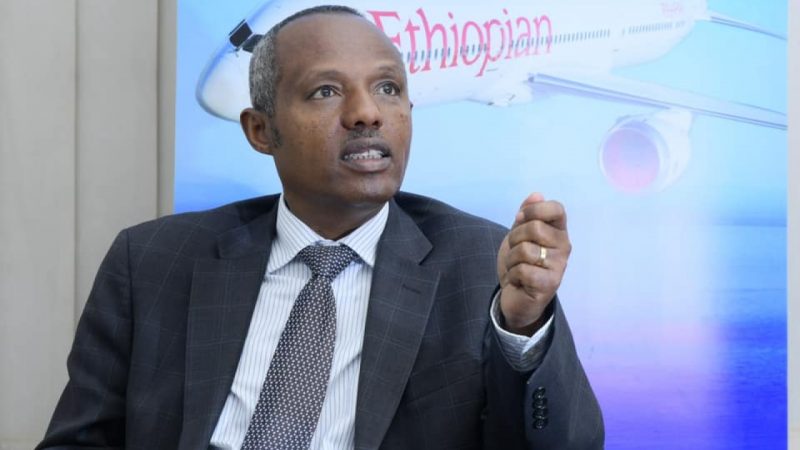 Mesfin Tasew has been appointed as the new Group CEO of Ethiopian Airlines following the sudden resignation of Tewolde GebreMariam for health reasons.

Former CEO, Girma Wake, has been announced as Ethiopian Airlines’ new president and board chairman.

GebreMariam, who served the airline for 37 years and took over the helm in January 2011, had been in the US for the past six months receiving medical treatment. He had been working remotely leading weekly management meetings.

In a statement, the airline wished GebreMariam well and hoped for a speedy recovery. It praised him for the magnificent work he had done in growing the airline group fourfold during his tenure.

Tasew has served Ethiopian Airlines for 38 years. He joined Ethiopian in 1984 as an associate engineer and progressed through the ranks, serving in supervisorial and managerial positions in the technical areas.

In 1997 and 1999, he was appointed as director operations & technical systems support and chief information officer respectively. In 2006, he became vice president maintenance and engineering and, in November 2010, Ethiopian chief operating officer.

Since 2021 he has been CEO of Asky Airlines, the Togo-based airline managed by Ethiopian Airlines. He will soon hand over his current position to return to Addis Ababa.

Wake, meanwhile, was the CEO that began the transformation of Ethiopian and mentored GebreMariam to take on the key role when he retired.

He joined Ethiopian in 1960 but worked with other airlines, including Gulf Air, where he headed the cargo business, before being invited back to Addis in 2003, aged 60, to become Ethiopian CEO.

It was a role he continued until 2011, when he handed over to GabreMariam, his deputy.
Wake also served as chairman to the ambitious and growing RwandAir until 2017.