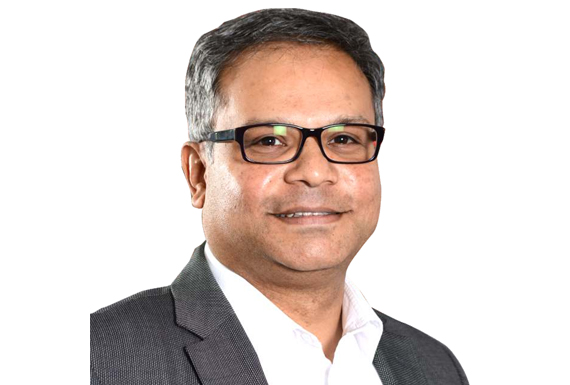 Swiss WorldCargo, the airfreight division of Swiss International Air Lines (SWISS), offers a comprehensive range of logistics solutions for transporting high-value and care-intensive consignments to more than 130 destinations in over 80 countries. Headquartered at Zurich Airport, Swiss WorldCargo has been widely touted as a reliable and innovative service provider within the Lufthansa Group. Founded in 2002, Swiss International Air Lines created its airfreight division Swiss WorldCargo the same year. 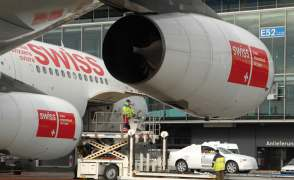 The Zurich-based airline appointed Mr. Ashwin Bhat as its head of cargo division in October 2015. A veteran in the air cargo industry, Mr. Bhat, an Indian national had joined the Swiss in 1999. Ever since, he had donned several roles within the company, including being the head of Area Management for Asia, Middle East and Africa in 2010.

We spoke to Ashwin Bhat on an array of topics. Excerpts from an interview:

Which are the main regions and countries you provide freighter services to? Are you looking to foray into newer regions in the near future?

Swiss WorldCargo does not provide full freighter services; as the air cargo division of Swiss International Air Lines, our focus is to market the belly hold capacity of the SWISS fleet. The freight segment is very important to SWISS; in fact, it is only the co-loaded cargo that makes the operation of wide body aircraft really profitable. 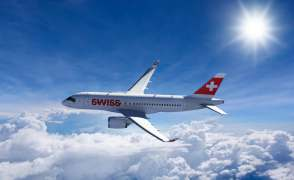 We offer a comprehensive range of logistics solutions for transporting high-value and care-intensive consignments to
some 130 destinations in over 80 countries. Our extensive network of air cargo services is supplemented by daily truck connections between key business centres.

Swiss WorldCargo recently took delivery of the first of its nine new Boeing 777-300ER aircraft. How will this provide improved airfreight services and enhanced environmental performance on the long-haul operations. When do you expect delivery of the remaining aircraft?

The routes on which we are first deploying the Boeing 777-300ER have a very high load factor, so we are increasing the freight capacity of a fully-occupied passenger flight to almost 24 t (+15%). But weight is not the only key factor in airfreight operations, so we have also placed particular emphasis on the configuration of the cargo hold.

Compartments 1 and 2 are temperature-controlled – which makes the B777 precisely the aircraft we want.

The youngest – and biggest – member of the SWISS fleet won’t just extend our service offer to our customers: it will
also enhance the environmental performance of our longhaul operations, as it produces substantially lower carbon
emissions and is impressively low-noise. 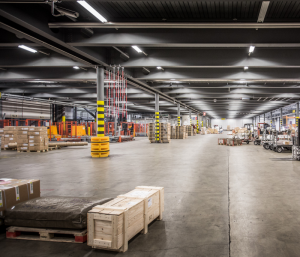 The first of the nine aircraft which will be deployed in the SWISS fleet in 2016-17 was delivered at Zurich on 29th
January; the first intercontinental cargo operations took place on 21 January on flight LX14 from Zurich to New York JFK.

Swiss WorldCargo has just taken the lead in IATA’s e-AWB 360 campaign to speed up process implementation
of switching to electronic air waybills (e-AWB) to all destinations and customers at numerous airports using
the ‘single process’ concept. Elaborate on the same.

Swiss WorldCargo is fully committed to making the e-AWB a success. And this commitment is underlined by our
participation in the e-AWB 360 campaign. As envisaged under the campaign promoted by IATA to accelerate process
implementation, the new e-AWB, using the ‘Single Process’ approach is offered to all destinations and to all customers at a number of airports Amsterdam Schiphol (AMS) became the first such ‘e-airport’ on 1 January, joined by Paris (CDG) on 1 February, and by Zurich (ZRH), Dubai (DXB), Singapore (SIN), London (LHR) and Milan
(MXP and SWK) on 1 March. Additional key airports will follow in subsequent months.

At Swiss WorldCargo we have a holistic approach when it comes to paperless cargo and we work extensively with
regulators, freight forwarders, ground handling agents and other key stakeholders worldwide to achieve a paperless and more secure supply chain: In Zurich, for instance, we were the first airline to adopt the eCSD ‘Electronic Consignment Security Declarations’ which complements the paperless acceptance of air cargo.

Do you operate On Board Courier (OBC) services? 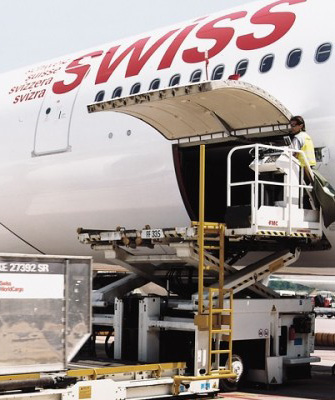 Since 2014, we have been offering an OBC service in cooperation with global on board courier specialist Chapman Freeborn.

Elaborate on the understanding Swiss WorldCargo shares with Lufthansa Group in terms of providing quality airfreight services to its customers As an integral part of Swiss International Airlines and thereby the LH group, we have a very collaborative relationship with other group companies. Each of us brings our unique vision, strategy and strength, which we use to learn and benchmark in order to continuously improve our services to our customers.

As a European carrier, how much of competition do you face from the Gulf region carriers?

As with others in this industry, we face our share of competition from carriers from different regions in the
world, not just the Gulf carriers.

What are the company’s growth strategies for the coming years?

As stated earlier, 2016 and 2017 will see a growth in the range of 10 to 15% due to integration of 777 a/c’s into
our fleet. In addition to the capacity growth, we are also working on further enhancing our service and product
portfolio. Even in a sluggish market environment, there are segments which show growth and where we believe Swiss WorldCargo capabilities and offering will be appreciated e.g. pharma and life science segment.

Airfreight is a people’s business and one of the factors where we will continue differentiating to its competition is
through the people aspect. Swiss WorldCargo has defined that one of our key strategic success factors is going to
be the people; we will be investing in further developing the skills and knowledge of our teams in order to further
improve our engagement with our customers.

How will you rate Swiss WorldCargo’s achievements ever since you took over on October 1, 2015. Any new product innovations introduced worth mentioning?

It would not be appropriate to judge one owns performance and achievements; hence I would let our customers and staff judge and issue my report card.

Regarding product innovation as stated earlier, a number of plans, which we would communicate in the months
ahead.

What are your future projections for the air cargo industry?

2016 is continuing where 2015 ended. The uncertainty and sluggish market conditions will continue where capacity
will outgrow demand.