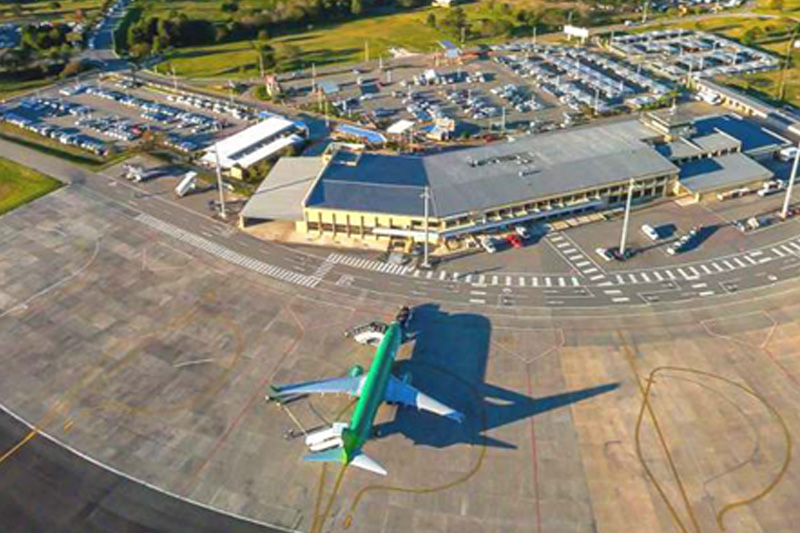 Sowing seeds of hope in Africa

Women remain treated as a minority in many countries, especially in Africa, where the belief that they are less deserving of power as men, still holds. Change is slow in coming in the continent with many societies still locked up in traditional concept of gender roles even in the 21st century.

In South Africa, one of the most progressive democracies since coming out of the Apartheid in 1994, issues on women remain a concern, but it’s less pervasive compared to other parts of the continent where women are given the chance to actively participate in both private and public sectors.

Fundi Sithebe, acting Chief Executive Officer of Airports Company South Africa (ACSA), which operates nine airports across the country, including one each in Brazil and India, is among South African women breaking the glass ceiling in the continent’s male-dominated business scene. She was the company’s COO, directing, planning and leading its overall business operations, prior to being named as ACSA’s Acting CEO on November 1, 2019.

Managing a busy airport is a daunting task. It takes a lot of responsibilities, prudent decisions, hard work, dedication and a team capable of handling the safety and security of millions of passengers from different countries. In Sithebe’s case, it’s twice the pressure as she’s not only responsible for a single airport but rather integrating the operations of nine, in addition to generating non-aviation revenues for all those facilities.
Her career path has inevitably become a source of inspiration for many African women and elsewhere who are struggling to break barriers and make a difference in their lives.

Apart from keeping up with her duties at one of the world’s major airport operators, Sithebe, a licensed pilot, also actively participates in cause-oriented activities that promote women empowerment. She is a member of the Southern African Women in Aviation and Aerospace (SAWIA), Women in Aviation (W&A) and is the current Chair of Akani Aviation Leadership Initiative South Africa, a non-profit initiative that aims to ensure a larger and a sustainable base of females in the aviation industry.

In an interview in Dubai on the sidelines of the three-day Global Investment in Aviation Summit (27-29 January 2020), Sithebe says she’s honoured with the trust given to her to manage one of the country’s most profitable entities independently run like a private company.

Sithebe takes her role very seriously and collaborates with a strong team with the collective goal of pushing for ACSA’s growth in the foreseeable future. 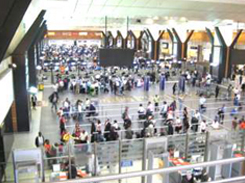 “Right now, the next phase of our growth strategy is to build new infrastructure and facilities. All in all, our capital expenditure program would cost us $5 billion over the next 10 years. That cannot be funded from our own balance sheets, unfortunately, so we’re going to market these projects in the private sector,” said Sithebe.
“The reality is much of the funding would come from the private sector and PPP is always one of our options,” added Sithebe who is recognized for her extensive skills in strategy formulation, research and analysis as well as project management having played a significant role as the protocol lead during the 2010 FIFA Soccer World Cup in South Africa.

“Digitalization—that’s part of a valuable positive passenger experience. And we are funding this project ourselves,” said Sithebe noting that the master plan for all of the airports that ACSA operates considers the projected passenger, cargo, and aircraft movement statictics.

ACSA has also new plans to achieve growth in South Africa’s cargo sector. Johannesburg, the only airport in Africa with nonstop flights to six continents, is at the center of this reform.

Sithebe explained new facilities may be introduced at Johannesburg’s O.R. Tambo International Airport that can be used by air freight operators and forwarders to enhance shipment of different types of goods carried through the belly of commercial passengers serving the route.

“We’re starting to rethink our cargo strategy. What we have before is just provide the land but the two are interlink (cargo and passenger airlines). Any aircraft that comes in can bring in cargo. We need to make sure that there is a cohesive strategy between them,” she said.

In 2017, Johannesburg handled close to 415,000 tons of cargo with the 14 international and local carriers either maintaining or increasing their frequencies. Belly-cargo accounted for a significant percentage of this growth. South Africa’s top export markets in terms of value are China, Germany, the United States, Japan and India as well as Botswana and Namibia.

COVID-19 and other diseases

Just like other countries, South Africa is suffering the lingering brunt of the coronavirus (COVID-19) outbreak which has so far killed more than 4,089 people as of mid-March. Tourist arrivals rates are at an all time low with domestic and international travel strongly discouraged to prevent the spread of the virus. 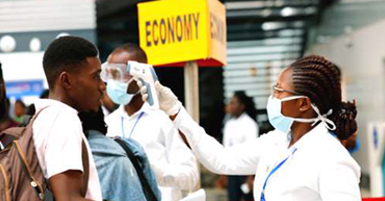 More than 120,000 people, mostly in China, were already infected with the virus which has spread to more than 100 countries worldwide and their number are likely to increase with COVID-19 vaccine still yet to be formulated.
The virus has a huge impact on revenues of South Africa’s travel industry with about 20 percent of its tourists coming from China followed by the UK and Germany.

Sithebe said airports handled by ACSA are prepared to handle medical emergencies like COVID-19 gaining their experience from previous outbreaks in the continent like the Ebola virus.
“We have automatic screening put in place. We’ve done this over the past four or five years since the Ebola outbreak,” said Sithebe. “Every single passenger coming internationally to South Africa is screened. We have the necessary medical protocols in place in case someone is found to have the virus. That person will be immediately quarantined.”

The world remains on a standstill with an invisible enemy that is slowly crippling all activities but Sithebe remains hopeful everything will come into place soon.

Fundi Sithebe is the Acting Chief Executive Officer of Airports Company South Africa as of 1 November 2019. Prior, she was the Chief Operating officer appointed in December 2017. 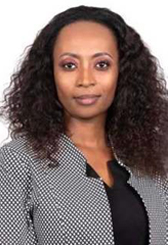 As the COO, her role is to direct, plan and lead the overall business operations (namely overall airports management, infrastructure asset management, technical services and solutions, enterprise security and information technology), ensuring that the business operations are set to achieve the company’s set performance commitments.
She is responsible for the integration and seamless operations across the network of 9 airports. In addition, she is responsible for the Commercial Division – which is mainly responsible to non-aeronautical revenue, a large component of the business revenues.

She started her career as a management consultant, focussing in the areas of strategy and operations in several organisational strategic projects. She was part of the expansion team for a financial services organisation that crafted a strategy and was responsible for the successful establishment of operations in Africa – both greenfield and acquisition.

She is a member of the Southern African Women in Aviation and Aerospace (SAWIA), Women in Aviation (W&A) as well as the current chair of Akani Aviation Leadership Initiative South Africa, a non-profit initiative that aims to ensure a larger and a sustainable base of females in the aviation industry.

It mainly focuses on communities in and around the nine airports, that it operates. The company also contributes to other community development projects around South Africa that meet its SED criteria. Most of the company’s airports fall within poverty nodes, that the government has specifically identified as needing focused intervention.
Its major projects include the following:

Tucked away in a rural area between the borders of Swaziland and Mozambique is Inkomazi High School. Like many schools in South Africa, Inkomazi struggled to keep up with the modern way of learning. Being a poor area, IT and internet facilities were out of reach for most learners.

With instant internet access being provided throughout the year, the new facilities have opened many opportunities, for the learners, which they could never dream of before.

Besides the learning issues, sanitation was also a big concern for the school. Due to lack of toilets learners would stand in queues until they ran out of break time. Airports Company South Africa intervened by providing the school with 20 modern ablution facilities.

Mgezeni High School in the village of Ntambanani outside Empangeni in KwaZulu Natal, is a newly upgraded technical school. The school however needed the supply, installation and maintenance of ICT equipment for their two ICT centres to enhance their Mechanical, Electrical and Civil Technology curriculum.

More than 1400 learners currently benefit from the project. Computer classes at the school are now run with two teachers handling each lesson. The first teacher conducts the lesson, while the other teacher follows up to ensure that the learners understand what is being taught.

Eastern Cape has been identified as one of the worst performing provinces by the Department of Education. Airports Company South Africa took a decision to improve education in the province by introducing a Learner/Teacher Development Programme in East London and Port Elizabeth.

Two schools were identified namely Walmer High School in Port Elizabeth and Umtiza High School in East London. Both schools are within a 5km distance from East London Airport and Port Elizabeth International Airport respectively. The programme, which commenced in April 2017 focuses on Mathematics, Physical Science and Accounting for learners in Grades 10 to 12. Learners continue to attend Saturday and Holiday classes and the teachers also receive capacity and development training.