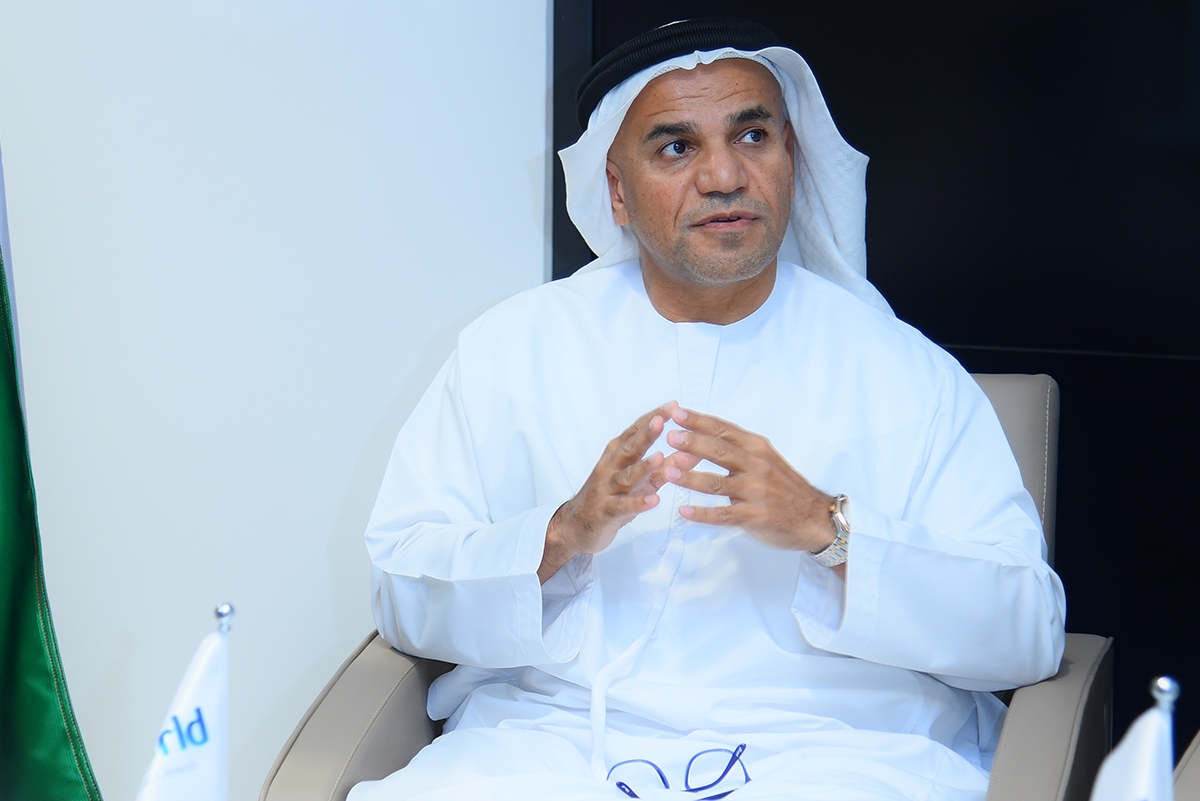 Smartworld, UAE’s leading systems integrator and next generation ICT services provider, has recorded an outstanding financial performance during 2016 with an estimated over 15% growth in revenues in comparison to 2015.

The robust performance was marked by a record number of new projects Smartworld implemented during the year, with the top ones being in aviation, telecom, construction and banking sectors.

Saeed Al Dhaheri, Chairman, Smartworld, said, “The strong financial performance reflects the strength of the UAE’s economy, especially the IT sector, which is driven by the vision of UAE’s wise leadership. New projects across all major sectors of the economy, especially aviation and construction, have been the key factor that has led to the excellence performance and position us for a continuous long-term growth.”

Abdulqader Obaid Ali, Chief Executive Officer (CEO), Smartworld, said, “Smartworld’s growth is driven by the clear vision of being the top-of-the-league digital services provider to enable a futuristic digital growth and we are firmly committed and inspired by the path shown by our visionary leader His Highness Sheikh Mohammed Bin Rashid Al Maktoum to always be the best in everything. In 2016, we made considerable strides and launched a number of major initiatives which put us in a strong position for 2017.”

“The new projects, along with Dubai’s strong growth across all sectors, especially IT, make us highly confident that we are set for the next phase of future growth in 2017,” added Obaid Ali.

Smartworld, an Etisalat and Dubai South joint venture company, started 2016 with the launch of UAE’s first CIOMajlis initiative with the goal to contribute to realising the vision of the National Innovative Strategy and making the UAE the world’s most innovative country by 2021.

The initiative brought Chief Information Officers (CIOs) from across Energy, Logistics, Finance, Health, Aviation, Government, Construction, Oil and Gas, Education and other sectors, on a common platform where they shared international best practices and explored business solutions to foster growth and innovation on regional and international levels. The CIOMajlis witnessed ideation and brainstorming on highly relevant topics such as the harnessing the Internet of Things (IoT), 3D printing, Digital Transformation and Cloud.

Smartworld and The Kernel also launched UAE’s first-of-its-kind ‘Cyber Security Centre’ this year, which will train UAE nationals in cyber security and provide round-the-clock advanced security monitoring along with cyber threat management to companies across the government and private sector in the UAE.

In 2016, Smartworld digitally transformed its headquarters with the first Cisco Digital Ceiling framework deployment with Philips Lightening in the Middle East. The new framework comes with multiple benefits such as optimised workspaces, streamlined maintenance, and reduced energy consumption and operating expenses.

In line with its vision of encouraging innovation, Smartworld, which employs more than 400 professionals from over 25 nationalities, introduced an ‘Employee Idea Management’ program to encourage employees to come forth with smart, creative and innovative ideas for enhancing efficiencies, reducing costs and developing an innovative and friendly work environment.

Smartworld bagged several prestigious awards for excellence during the year which included Sheikh Khalifa Excellence Award – Silver Category in the services sector, based upon the recommendation of the jury that the company has demonstrated clear evidence of continuous improvement over its past performance. The company was also honoured with five prestigious awards from Etisalat – Top Premium Channel Partner Award, Top Farming Award, Top Team Leader Award, Top Device Sales Partner Award and Top Key Account Manager (KAM) Award for its exceptional performance in these fields, at the Etisalat SMB Awards ceremony. Smartworld also received CISCO Marketing

Innovation Partner of the Year Award last month, as a recognition of its outstanding service and best-in-class business practices, serving as a model for the industry.