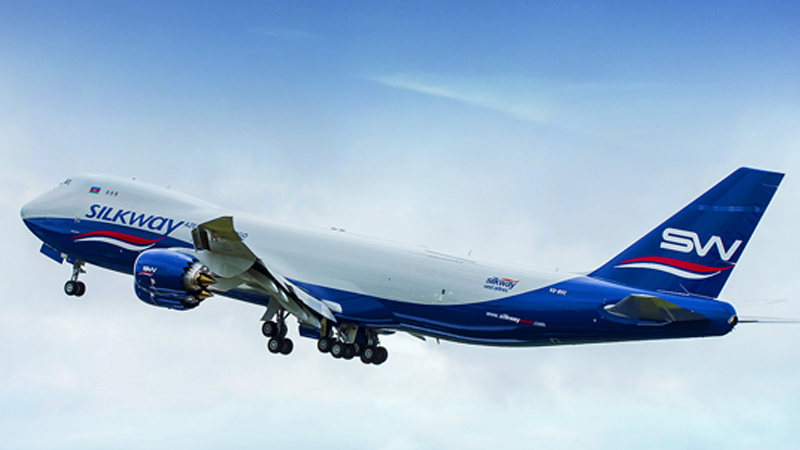 Silk Way West Airlines announces the inauguration of a new twice-weekly service to and from Tokyo Narita Airport, with flights commencing on the 11 th of February. Based on an agreement signed between Silk Way West Airlines and Nippon Cargo Airlines, both partners will operate a code-share service connecting Baku with Tokyo. Through regular direct flights, cargo will be delivered from Baku’s Heydar Aliyev International Airport to Narita International Airport, the most important international air cargo gateway in Japan.

Silk Way West Airlines, headquartered in Baku at the heart of the Silk Road, was founded in 2012 and is the largest cargo airline in the Caspian Sea region. The airline is rapidly expanding its network from Azerbaijan to major East Asian airports, the Middle East, Central Asia, Europe and the United States.

Silk Way West Airlines has been serving the Japanese air cargo market since 2018, with weekly flights connecting Baku with Osaka Kansai airport. With the launch of new flights to the country, the company will play an increasingly important role in the region’s freight network, constantly improving the quality of air cargo transportation services for both Japanese and international partners.

“We are delighted that the new air bridge will connect our two capital cities directly for the first time in our history, and that the geographic reach of our regular flight network continues to expand and now fully covers North Asia,” said the President of the Silk Way Group, Mr. Zaur Akhundov. “At the same time, we are constantly improving the air transportation infrastructure at Baku airport in order to meet the global demand for cargo services, and I can say with confidence that we are fully ready to handle any cargo, including temperature-sensitive goods,” added Mr. Akhundov.

The COVID-19 pandemic has seriously impacted activities in many industries, including freight transportation. Under these challenging conditions, the demand for timely and safe cargo flights has increased. The Silk Way Group is committed to supporting the initiatives of the Government of the Republic of Azerbaijan during the pandemic, and continues to provide transportation of essential personal protective equipment and medical supplies.

Silk Way Group aircraft have already completed more than 100 charter flights to deliver medical goods to countries in the CIS, Central and Eastern Europe, Asia and North America since the start of the pandemic.

The Silk Way Group was established in 2006 to manage freight operations from Heydar Aliyev International Airport in Baku.

Silk Way West was founded in 2012 and today operates around 250 regular and charter flights monthly to more than 50 destinations in Europe, Asia, North America and South America. The airline’s fleet
consists of 12 Boeing 747-400F and Boeing 747-8F aircraft equipped with the most advanced safety
systems. In 2016, Silk Way West was recognized by Boeing as being the fastest-growing airline in terms
of fleet numbers, geographic reach and cargo volume. Today, the airline ranks third in Europe by these
three criteria.