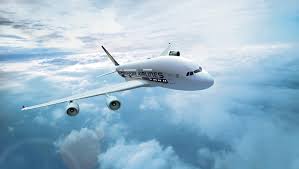 Singapore Cargo Airlines and Frankfurt Cargo Services (FCS) have renewed the carrier’s cargo handling contract, thus carrying on their trustful partnership of the past years.

Hans-Georg Emmert, Managing Director, FCS, said, “We are very pleased that Singapore Airlines, one of Asia’s leading airlines, has decided to extend its contract with FCS Frankfurt Cargo Services for providing landside cargo handling services at Frankfurt Airport. This extension of the handling contract clearly underscores Singapore Airlines Cargo confidence in FCS, especially our high standards for security, quality and service. We will continue to do our utmost to meet the expectations and requirements of our customers in the future.”

With 21 weekly flights from and to Singapore and New York and numerous truck connections to Frankfurt, SIA Cargo has proven to be an important customer for FCS.

In 2001, SIA Cargo was outsourced from Singapore Airlines in an independent company. In the beginning, the company deployed the freighters of Singapore Airlines as well as belly capacity on passenger flights. The first around-the-world-service was started at the end of October 2001.