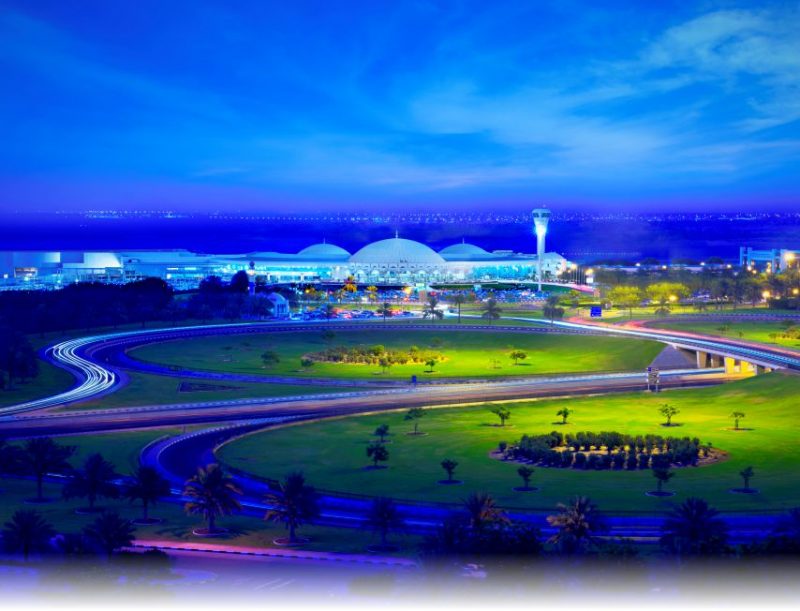 Sharjah made aviation history in 1932, when the first flight to the emirate landed at the Al Mahatta runway. Since then Sharjah International Airport has been proving itself a modern airport providing world-class services through a series of groundbreaking initiatives.
Sharjah International Airport believes in building bridges on the ground and in the air. As such, it has an open sky policy, which allows airline traffic from all over the world hassle-free access to the airport.
In 2014, the airport inaugurated its newest runway. It is one of the region’s longest at 4060 meters with Cat II capabilities. This enables all aircraft, including the double-decker, wide body Airbus A380, to land and take off with full load capacity during all weather conditions.
The airport also offers the most competitive landing and handling rates in the region making it popular with both large and small operators. Furthermore, SIA has also emerged as an important air cargo hub for many of the world’s major carriers.
Strategically located, SIA has a unique location which is just 10 km away from Sharjah city centre and about 20 minutes drive from nearby Emirates and also within easy reach of the Northern Emirates. SIA provides access to the main ports of the Gulf with direct road links to both the seaports of Sharjah.
The airport also plays a significant role in the Sharjah economy; and it has been instrumental in developing the emirate as a centre of trade and commerce. The airport has established a reputation for providing quality services and a competitive value proposition that has continued to attract a growing number of passengers, as well as airline and cargo shipment clients, each year.
Under the directives of His Highness Sheikh Dr. Sultan Bin Mohammad Al Qasimi, Member of the Supreme Council and Ruler of Sharjah, Sharjah International Airport launched an expansion plan in 2017 due for completion in 2027, increasing passenger capacity to 20 million.
Sharjah Airport Authority (SAA) is committed to manage Sharjah International Airport (SIA) in a highly professional manner that seeks to achieve a high level of safety & customer satisafaction in the delivery of all its service products through the application of continuous improvement programmes & the implementation of a formal Integrated Management System (IMS). 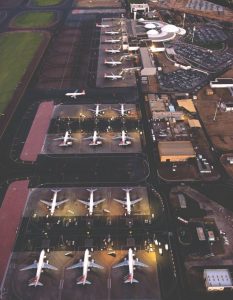 Environment Initiatives
Sharjah International Airport maintains stringent environmental standards to ensure that its carbon footprint is maintained at a minimum.
This includes minimizing pollution, using energy and other resources efficiently, implementing “recycle and reuse” policies, and continually improving its operational performance standards. SIA already has a well-established, certified ISO14001-2015 Environmental Management System.
The importance of reducing greenhouse gas emissions along with a sustainable operational model is of paramount importance; and the airport consistently seeks initiatives to broaden its environmentally-friendly operations.
This includes the Airport Carbon Accreditation Programme, an internationally recognized accolade awarded to Sharjah International Airport for mapping its carbon footprint as well as securing its commitment to reduce carbon emissions under the auspices of the Airports Council International (ACI).
The airport, in fact, is the second in the entire region to achieve the Airport Carbon Accreditation ‘Level-2 Reduction’ by the ACI in 2016.
Evolving and Expanding
Since Sharjah made aviation history when the first flight landed at Al Mahatta runway in 1932, the airport has steadily and exponentially grown over the years to be a leading passenger and air cargo hub in the region. Through a series of path breaking initiatives, it is now a world-class modern international airport that had over 11.365 million passengers passed through in 2017.
Sharjah International Airport has a unique location being 10 kms away from Sharjah city centre and about 20 minutes drive from nearby Emirates and also within easy reach of the Northern Emirates. Therefore, it has emerged as an important air cargo hub for many of the world’s major carriers.
In 2003, Air Arabia, the first low-cost carrier in the MENA region, was established with a base at Sharjah International Airport and this increased passenger numbers significantly leading to the passenger terminal expansion in 2008. In 2014, the airport added the longest runway in the region at 4060 meters. This enables all aircraft, up to the A380, to land and take off with full load capacity during all weather conditions.
Sharjah International Airport has an open sky policy, which allows airline traffic from all over the world easy access to the airport, a policy that has driven airline traffic to the airport over the years. In addition to that, the airport offers the most competitive landing and handling rates in the region, making it popular with both large and small operators
SIA Expansion Project 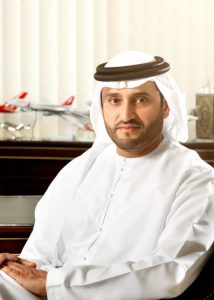 The new expansion of SIA, is estimated at approximately AED1.5 billion, and will include many facilities such as the expansion of the passengers’ building, which is expected to increase the capacity to hold up to 20 million passengers.
The new expansion will be carried out progressively over a number of phases, the most important one being the expansion of roads to and from the airport in addition to additional facilities which will increase the abilities of the airport and develop its services significantly. The Sharjah Airport Authority granted the project management rights of the new expansion project to Parsons Overseas Limited.
As part of the expansion, Sharjah Airport Authority signed two commercial agreements with Gama Aviation, the first of which is to build and operate a new private jet terminal by Gama at Sharjah International Airport, investing over AED110 million, while the second agreement grants Gama the right to provide ground handling services to business jet owners, business jets, and crew members at the terminal. 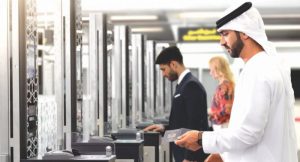 The new project will contribute in developing the private jet and business aviation industry in Sharjah and spreads over more than 40,000m2. It will comprise of two private jet hangars with a capacity of two large Boeing Business Jets each and a state-of-the-art terminal for business jet owners and crew members.
Enhanced Technology
Smart Gates were first rolled out in October 2016 at Sharjah International Airport and have reduced the passport procedure time by 70 percent. A quick, highly efficient system that reads and scans passport information to capture biometric data with a high-accuracy camera, makes passport control a breeze for passengers.
“The Smart Gates have proven to reduce the passengers rush during peak hours, ensuring a smooth travel experience; passengers are now able to complete passport control within 20 seconds. This facility is part of the airport’s strategy which focuses on making travel easier for all passengers by providing the best internationally recognised services,” said Ali Salim Al Midfa, chairman of the Sharjah Airport Authority.
In an effort to highlight the effectiveness of Smart Gates at Sharjah International Airport, an awareness campaign was launched from June to August 2017, providing travellers with all the necessary information to register and use the Smart Gates.
Two Smart Gates have also been allocated for people with disabilities, underlining SIA’s commitment to providing appropriate services for all passengers. Over 3 million passengers have 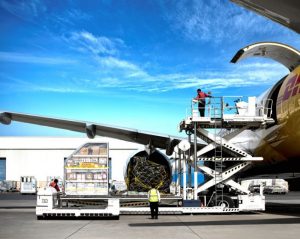 passed through the Smart Gates available at the departures and arrivals terminal in Sharjah International Airport for the year 2017.
More Room for Cargo
In early 2016, SIA inaugurated its new, state-of-the-art pharma and healthcare handling facility. The temperature controlled unit is operated by a highly trained team and is designed to service businesses which need to transport delicate, medical-related items that require advanced temperature-controlled technology for storage, as well as special care in handling and shipping.
The result is a high-tech solution and the first of its kind in the region, designed to guarantee product integrity for the rapidly developing healthcare requirements of the UAE’s citizens.
In April 2016, SIA became the first airport in the GCC and Africa to offer (via sole ground handling agent, Sharjah Aviation Services) IATA CEIV Pharma-certified cargo handling services.
The accreditation is in compliance with standards set by IATA, provide user protection against counterfeit products and provide airlines, healthcare and pharma shippers and manufacturers with a secure, auditable and traceable platform for air freighted healthcare products.

Sharjah International Airport and Sharjah Aviation Services provide bespoke services for over 80 freighter flights per year dedicated to honey bees. As an air cargo product, the transportation of millions of live honeybees in their hives (known as apiaries) is an extremely complex process where time, ventilation, temperature and humidity play crucial roles in the success or failure of the entire operation.
SIA’s high level of bee handling professionalism has drawn international interest along with the attention of the International Federation of Beekeepers’ Associations (Apimondia), which visited the airport’s facilities in October 2016 and witnessed the swift, smooth and coordinated activities, including the freighter operations.