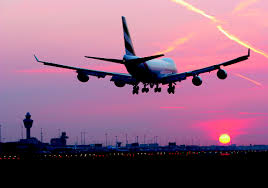 Schiphol Cargo volumes up by 6.8%

Jonas van Stekelenburg, Head of Cargo, Schiphol, said, “Compared to the other main European hubs we had a good first half year in terms of volume: we attracted some new carriers such as Jet Airways, and experienced growth of some existing carriers such as DHL.

“Asia is a very important market for us, and we are pleased to see that Schiphol remains an attractive hub for carriers from the region.”

The strong European results in part reflect development in carriers at Schiphol. New carrier Silk Way ships to Asia via Baku and AirBridgeCargo, which has recently extended services from Schiphol, ships via Moscow. Both cities are defined as Europe.

“Our strong Cargo Community at Schiphol continues to implement forward-thinking initiatives such as Pharma Gateway Amsterdam and our Milk Run scheme because we are focused on delivering the best service possible to our customers,”, said van Stekelenburg. “We are looking forward to more growth over the rest of the year.”