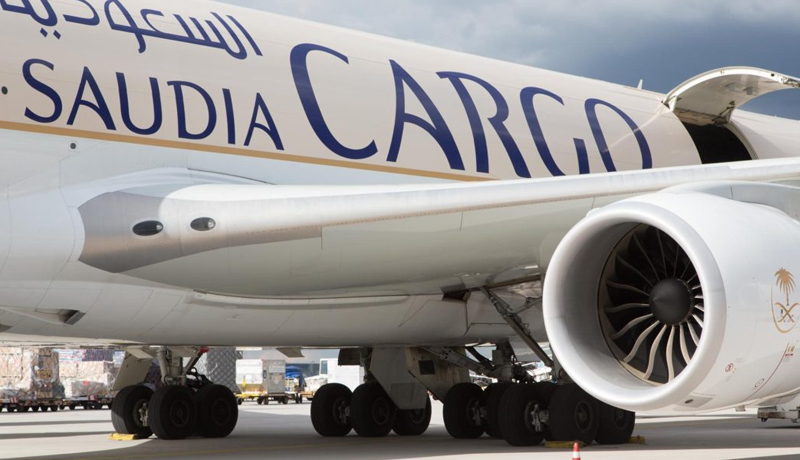 Saudia Cargo says it made a record payload-carrying essential food supplies from Lahore, Pakistan to the Kingdom of Saudi Arabia’s capital Riyadh, using a passenger aircraft turned into an all-cargo flight, a new trend that emerged in the ongoing fight against the Coronavirus pandemic.

The record 65.3 tons of perishables such as meat and vegetables were loaded into the lower deck of a Boeing-777 passenger plane and safely arrived in the Kingdom on April 25.

Saudia Cargo has successfully expanded its freighter fleet since March 23 by using the passenger planes of Saudia Airlines as all-cargo only flights.

Commenting on Saudia Cargo’s record payload and commitment to serve communities amid the pandemic CEO Omar Hariri says: “Saudia Cargo is committed to serve our customers and in less than a week after the airline grounded the passenger fleet due to the COVID-19 crisis, many of the aircraft were back in the air serving as cargo only flights. With reduced cargo capacity, it is more important than ever to maximize available cargo space to be able to serve the need for essential food, personal protective equipment (PPE), medical and pharmaceutical supplies.”

Saudia Cargo has expanded its freighter capacity with more than 35 weekly flights operated as cargo only passenger aircrafts, enabling the air cargo carrier to serve the Kingdom’s needs for essential food, medical and other supplies during this time of global health crisis.

Its continued operations also ensured the seamless link in transporting essential supplies between the East and the West in line with the Saudi Vision 2030.