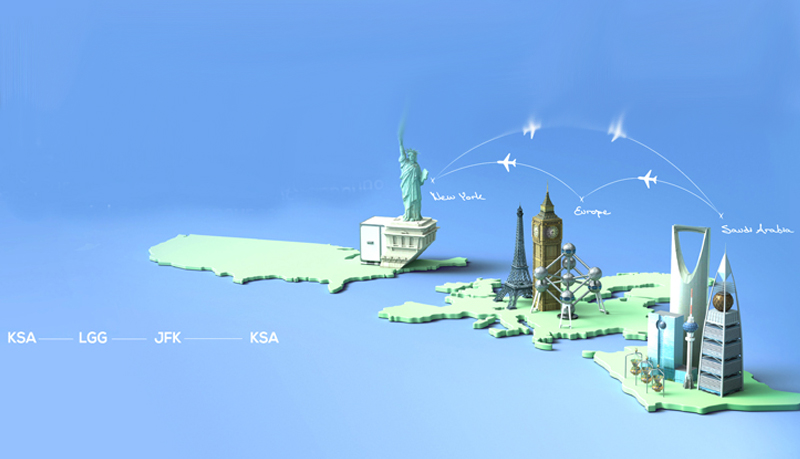 Saudia Cargo added a second additional weekly freighter flight to operate on Tuesday and Thursday to JFK Airport in New York via LGG Airport in Liege, Belgium by a 747-400F freighter aircraft moreover, Saudia Cargo has become the largest player in the Kenya-Europe market by adding four weekly freighter flights from Nairobi airport to Europe as a total of 11 flights per week. In addition, the company added an additional flight to Khartoum International Airport via a 777F aircraft.

Last June, Saudia Cargo announced the launching of its new stations in Athenes & Marakesh in line with the company’s strategy to enhance its global presence & improve its logistical capabilities in order to answer the growing demand for Air Cargo & Ground Handling Services.

Saudia Cargo, the national Saudi air freight carrier, covers more than 900 destinations in more than 175 countries, through a dedicated state of the art freighter fleet alongside the network of SkyTeam Cargo Alliance in addition to the belly capacity onboard Saudia passenger flights.