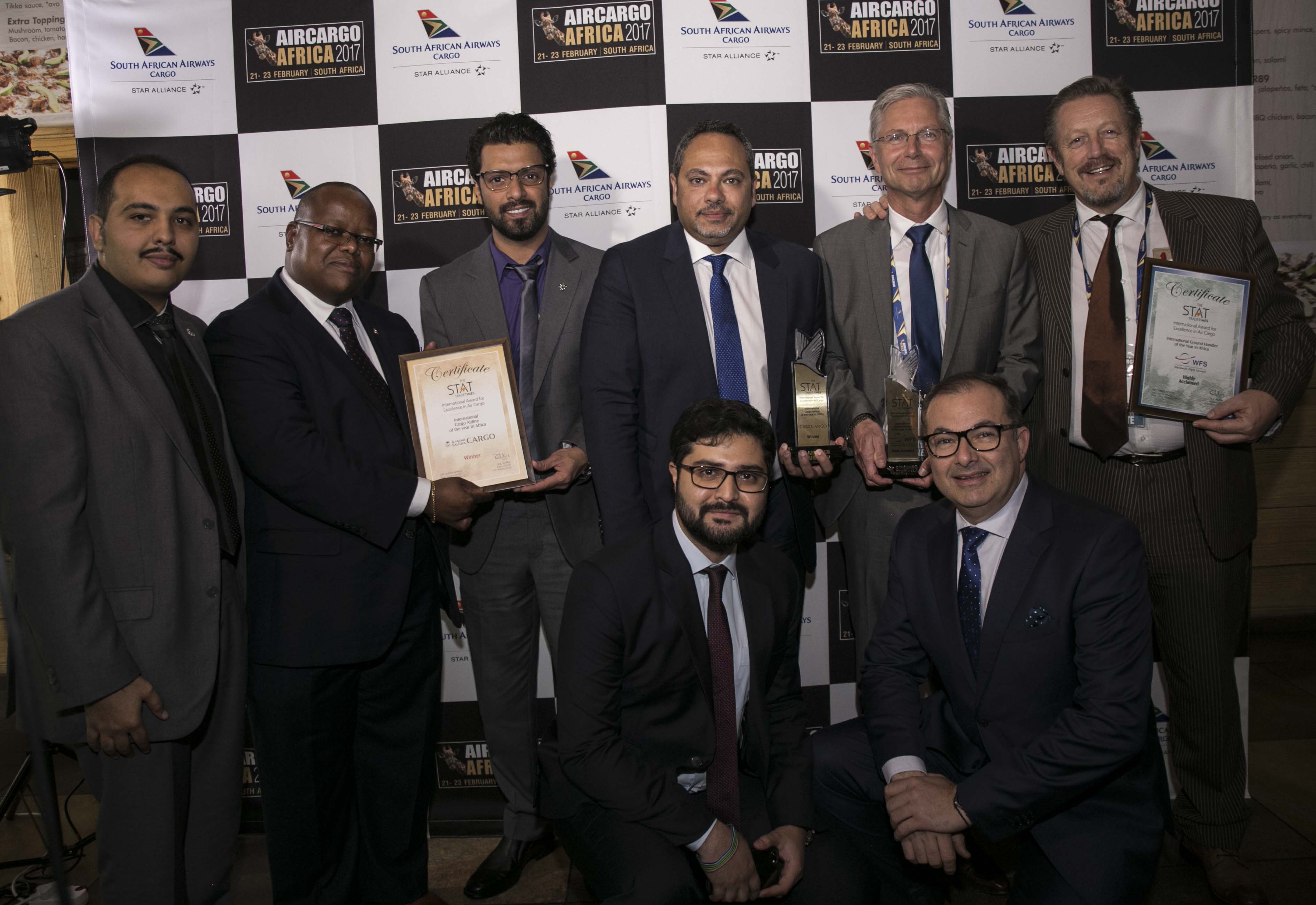 Saudi Airlines Cargo has been awarded the International Cargo Airline of the year in Africa at an event organized by STAT Trade Times in Johannesburg, South Africa.

The team of Saudia Cargo – Africa lead by Ken Mbogo, Regional Director Africa and other members from Jeddah’s headquarter marketing, pricing, ground handling and operation were also present to celebrate the joint efforts achieved.
The International Award for Excellence in Air Cargo is an eminent annual event, which celebrates excellence and achievement in the air cargo industry. This award gives the team at Saudia Cargo a new challenge to continue improving the provided products and services in order to achieve a consistent pattern of growth that aligns with the strategy of the management.