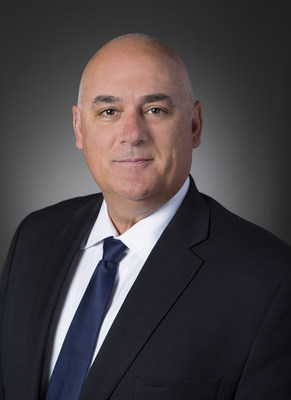 Raytheon Company chairman and CEO Thomas A. Kennedy recently announced the appointment of Roy Azevedo as president, space and airborne systems, effective immediately. Azevedo, 57, has been elected a corporate officer and has been named to the Raytheon Corporate Leadership Team. He succeeds Richard R. Yuse, who informed the company of his intention to retire from Raytheon in December. Yuse will serve as a senior advisor to the company during the interim period prior to his retirement.

“We have entered a period of significant change and opportunity in the space and airborne systems area, fueled by global demand and exponential advancements in technology,” said Thomas A. Kennedy, Chairman and CEO of Raytheon. “Over the course of his nearly 30-year career at SAS, Roy has developed a deep understanding of our SAS portfolio and customers. This, combined with his extensive experience in leading new and emerging strategic technologies in the company, will serve us well as we grow this mission area globally.”

Azevedo most recently served as vice president and general manager of the Intelligence, Surveillance and Reconnaissance Systems mission area within SAS, where he was responsible for electro-optical/infrared sensors, active electronically scanned array/scanning radars, and various special mission aircraft solutions to provide customers with actionable information for strike and persistent surveillance.

Since joining Raytheon in 1989, Azevedo has served in roles of increasing responsibility for the Space and Airborne Systems business. He has held several Raytheon leadership positions over the course of his Raytheon career, including vice president and general manager of the Secure Sensor Solutions mission area, where he oversaw development and production of airborne fire control radars, GPS/GNS products and secure processors. Prior to his role at S3, he was vice president of Advanced Concepts and Technology, a focus area within SAS responsible for the development and implementation of new and emerging system concepts, products and strategic technologies. Earlier, Azevedo served as deputy vice president and general manager for the Electronic Warfare Systems business area within SAS. EWS is a world leader in the development and production of electronic warfare solutions for strategic and tactical aircraft, helicopters and surface ships for the U.S. Air Force and Navy, and their international counterparts. While serving in EWS, Azevedo oversaw product lines including towed decoy systems, radar warning receivers, self-protect jamming pods, infrared missile warning sensors and integrated electronic warfare suites.

Azevedo received his bachelor’s degree in electrical engineering from Northeastern University in Boston. He currently serves on the board of directors for Raytheon Saudi Arabia.