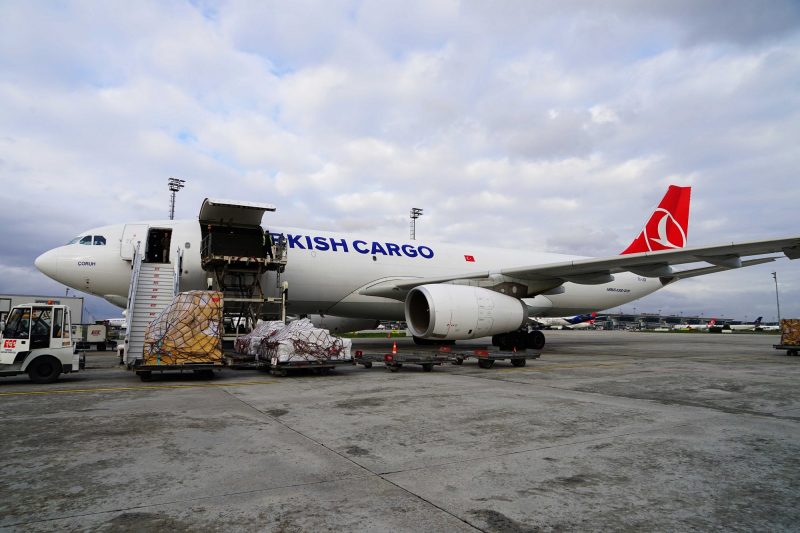 By a well-done operation, Turkish Cargo relocated Humboldt Penguins, one of the eleven penguin species threatened with extinction due to unfavorable circumstances resulting from the climate change, to the Public Oceanic Aquarium in China from the Riga Zoo.

The thriving sub-brand of the flag carrier Turkish Airlines, Turkish Cargo not only achieves customer satisfaction thanks to its special cargo transportation services to 120 countries worldwide, but also contributes to wildlife survival.

The air cargo carrier has transported the 20 Humboldt Penguins threatened with extinction and listed by the International Union for Conservation of Nature (IUCN), affiliated to the United Nations, from Latvia (RIX) to China (PVG) on a connecting flight via Istanbul.

The penguins, picked up from the Riga Zoo, were delivered healthfully to the officers of the Public Oceanic Aquarium, which is located in China and is one of the largest aquariums in Asia, by means of connecting flight via Istanbul. The Penguins, transported to China as accompanied by the Turkish Cargo’s IATA Live Animals Regulations (LAR) certificated personnel and veterinarian, will be conserved under better conditions for survival of their species there.

By ratifying the “United For Wildlife (Buckingham Palace) Declaration (UFW)” during the recent months for the purpose of preventing illegal wildlife trade and increasing the industrial awareness thereto, Turkish Airlines has highlighted its cognizance of the live animal transportation processes and animal rights.

With regard to live animal transportation services through 120 countries worldwide, Turkish Cargo takes the IATA LAR regulations as a reference for the acceptance, storage and shipment processes; and strictly implements the documentation, packing, labeling and marking guidelines, as described under the said regulations during the course of performance of the live animal transportation process.

Turkish Airlines, which has operated its first international air cargo shipment in 1936, is a 4-star airline company operating flights to more than 300 destinations around the world by its fleet comprising of 331 aircraft (airliners and freighters) at the present. Turkish Cargo, a sub-brand of Turkish Airlines, has been maintaining the cargo services of the said airline company since the beginning of the 2000s. Further information about Turkish Cargo, which has been growing the fastest internationally and which offer air cargo transport to the highest number of countries around the world, is available on www.turkishcargo.com.tr