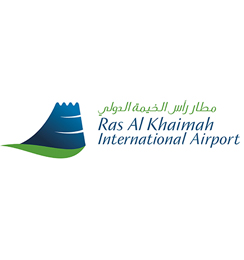 As it approaches its 40th anniversary, Ras Al Khaimah International Airport has reported a highly

successful 2015, during which aircraft movements of scheduled flights increased by 26% over

In addition, Air Arabia, for whom RAK International is a growing hub, increased flight

frequencies to the 10 destinations that they service from the emirate. The cumulative effect of

these positive results was a 17% rise in passenger traffic over 2014.

reconfigurations made early in 2015.

2015 with new deals being signed for Maintenance, Repair and Overhaul as well as aircraft

ready by April and the expansion of the Arrivals terminal which will be completed by May.

International Airport CEO, notes, “This is a moment when we should acknowledge past

achievements, celebrate the present, and look forward to a future of growth. On that path, the

continues to provide us with guidance and support.”

Mr. Qazi emphasized that the focus ahead is on becoming the leading low cost and charter

airport of the Northern Emirates, stating, “We have a long-term vision that is closely linked with

the economies and growth trends of the Northern Emirates.”

as the national carrier. New routes from RAK are anticipated during 2016 for Air Arabia across

the Middle East, Asia and Africa.

However, in order to satisfy the continuously growing population and economies of the Northern

in the coming weeks regarding the commencement of another low cost carrier.