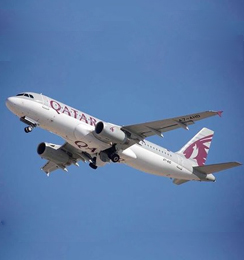 Qatar Airways has started 2016 with an expansion programme across Eastern Europe, enabling

choice for passengers travelling between Croatia, Hungary and Azerbaijan and anywhere in the

airline’s extensive global network. Flights to Zagreb and Budapest are increasing to a 10-weekly

service from a current daily service from 3 April and 3 July respectively, while flights to Baku are

increasing to an 11-weekly service, also from a current daily scheduled flight, from 27 March.

Qatar Airways is also launching new direct flights from Doha to Belgrade from 16 March, a

destination currently served by the airline via Sofia, enhancing the journey time to and from the

capital of Serbia on the four-weekly schedule.

In response to increasing demand, one of the airline’s double-daily services to Moscow

Domodedovo International Airport is currently served with a Boeing 787 Dreamliner

Flights to Warsaw will be upgraded to the Airbus A330 aircraft from 1 July this year, increasing

seat capacity on the daily scheduled service from Doha

is expanding rapidly, not only in terms of new places and our network offering, but also with the

service we offer. Complementing our service in the skies are our transfer facilities at the state-

of-the-art Hamad International Airport, coupled with the experience of flying on board one of the

youngest fleets in the industry.”

In response to increasing demand, one of the airline’s double-daily services to Moscow

Domodedovo International Airport is currently served with a Boeing 787 Dreamliner, which

offers 122 more seats per departure than the A320 aircraft previously used for this flight. The

configuration, and 232 Economy Class seats with a 3-3-3 configuration. All seats in Business

Class recline at 180 degrees, turning into a fully flat bed.