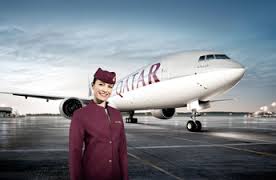 Qatar Airways has announced a substantial aircraft upgrade on the Doha (DOH) to Geneva (GVA) route from 1 July 2016, to become the airline’s second Dreamliner route to Switzerland after Zürich.

The route, which is currently operated by an Airbus A320 with 132 seats, will be served by the state-of-the-art Boeing 787 Dreamliner, almost doubling capacity on the direct daily service to 254 seats. The introduction of the 787 Dreamliner will further enhance the onboard experience for passengers between the two cities, in addition to increasing capacity to 80 tonnes of cargo per week carried to and from Geneva.
“Qatar Airways is delighted that the high level of demand for travel to Geneva from our worldwide network warrants a higher-capacity aircraft equipped with our award-winning on board premium product, which will be introduced on the route,” said Qatar Airways Group Chief Executive, His Excellency Mr. Akbar Al Baker. “The Boeing 787 Dreamliner represents one of the most modern aircraft in the skies and we look forward to welcoming passengers on board.”

Passengers travelling to Geneva from any of Qatar Airways more than 150 destinations benefit from a smooth and efficient transfer at Qatar Airways’ home and hub, Hamad International Airport. The airport houses one of the world’s largest and most luxurious Business Class lounges – the Al Mourjan Business Lounge – and offers more than 40,000 square metres of retail space and restaurants that includes a selection of more than 70 retail and 30 food and beverage outlets, in addition to an airside hotel, spa and swimming pool.
The Boeing B787 Dreamliner combines the latest in aeronautic engineering with refined onboard hospitality in a spacious and light environment. Large electronically-dimmable windows create dramatic views and provide natural light, while full-spectrum LED lighting sets the mood and helps passengers to adjust quickly to changing time zones. A lower cabin pressure, improved air quality and optimal humidity also contribute to a refreshed feeling upon landing.

Business Class is configured in a 1–2–1 set-up with 22 seats, while Economy has a 232 seating capacity in a 3–3–3 layout. Since January 2013 the Boeing 787 Dreamliner has operated the daily Doha to Zürich route and Qatar Airways was the first airline to introduce this aircraft type to the Swiss market.

The Boeing 787 Dreamliner will begin services to Geneva from Doha from 01 July 2016.