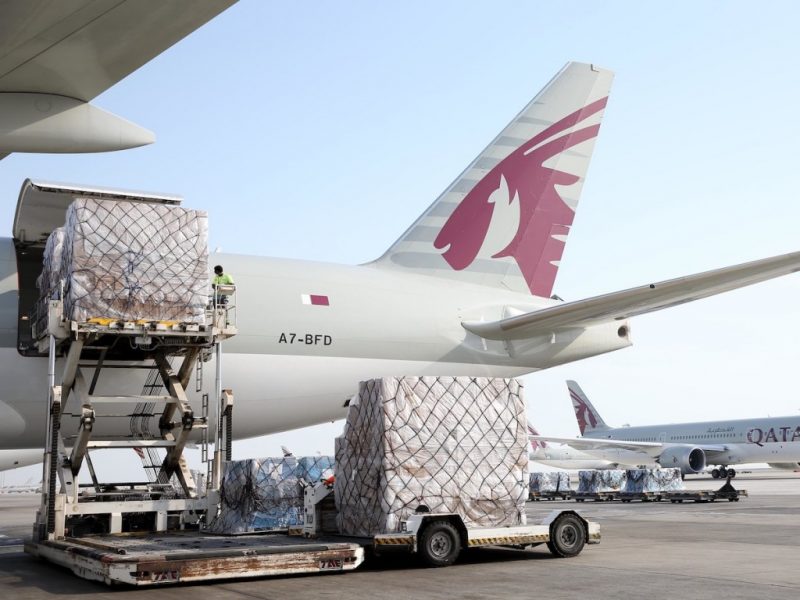 Qatar Airways Cargo has celebrated a record year for salmon shipments out of Norway.

This is “the highest result yet,” he noted, adding: “The airline transports more than 125 tons of seafood from Oslo every single day.”

95% of all perishable seafood (PES) on board Qatar Airways flights out of Scandinavia, is salmon. Iceland and Faroe Island (Denmark) also see some seafood traffic which includes live king crabs, trout, and other seafood, however the bulk of the salmon business originates in Norway.

Veltman added, “Salmon is a particularly delicate cargo commodity as it requires skilled, hygienic handling in temperature-controlled conditions and, above all, reliable, fast connections to its final destination.

“Qatar Airways Cargo not only offers a global network of over 150 stations, we also reacted quickly to support Norwegian seafood exporters when the pandemic led to a dramatic decrease in available belly capacity.

“By introducing passenger freighters to the Norwegian seafood market, including Harstad-Narvik Airport in Evenes and Bodø Airport in Northern Norway, Qatar Airways Cargo significantly increased its capacity to the Norwegian market in 2021 when it was needed the most.

“Our Operations team went above and beyond to meet the needs of our customers, resulting in record breaking uplift of more than 68,944 kg on a single lower deck 777 passenger flight.”