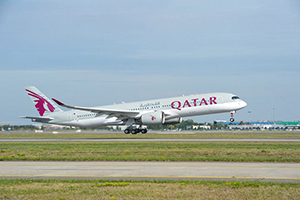 Qatar Airways has recently added 12 new destinations in 2016 year-to-date, with two more cities set to join the network in December. The new cities added this year are Atlanta, Boston and Los Angeles in the US; Birmingham, UK; Helsinki, Finland; Pisa, the fourth destination in Italy; Yerevan, Armenia; Marrakech, the second destination in Morocco; Ras Al Khaimah, UAE; Windhoek, Namibia; and Sydney and Adelaide in Australia. Qatar Airways will begin service to Krabi, its third destination in Thailand, on 6 December and service returns to the Seychelles on 12 December.

The airline recently welcomed national and international media in Casablanca press briefing to celebrate its business agreement, which turned one with Royal Air Maroc and its expansion to Marrakech earlier this year. The early success of the airline’s second gateway to Morocco was underpinned with an announcement that Qatar Airways will soon be de-linking its current Casablanca-Marrakech route to serve each city directly and will be increasing to a daily frequency to Marrakech in the near future, likely to be served by a Boeing 787 Dreamliner.

Passengers will soon be able to enjoy more options as Qatar Airways increases frequency between Doha, Casablanca and Marrakech. From 15 December 2016, Royal Air Maroc will increase flights between Doha and Casablanca to four times weekly, and from 5 January 2017, Qatar Airways will also add a fourth weekly flight to Marrakech ahead of daily services commencing. From 4 April 2017, Royal Air Maroc will add service to the Casablanca-Doha route, taking the number of weekly return services to five.