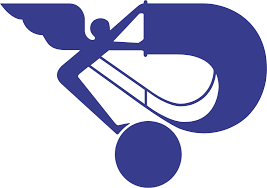 Nine month profits at Panalpina broke through the 50 million Swiss franc (CHF) mark with the airfreight sector performing well but not as strong as predicted.

Consolidated profits increased from CHF 48.4 million in 2017 to CHF 51 million this year, with net forwarding revenue for the Panalpina Group increasing from CHF 4 billion to CHF 4.4 billion.

Airfreight volumes increased four percent, in line with market growth, while gross profits per ton were up 12 percent to CHF 705.

Earnings before interest and tax (EBIT) increased from CHF 69.4 million to CHF 80.2 million, with the EBIT-to-gross-profit-margin coming in at 15.1 percent.

He says, “The macroeconomic uncertainties of the third quarter resulted in air and ocean freight markets that were not as strong as predicted. We saw a market where ocean freight peak season was weaker than anticipated. The airfreight rates went up, which impacted our margins as expected. In all, we have stood our ground in a very volatile environment.”