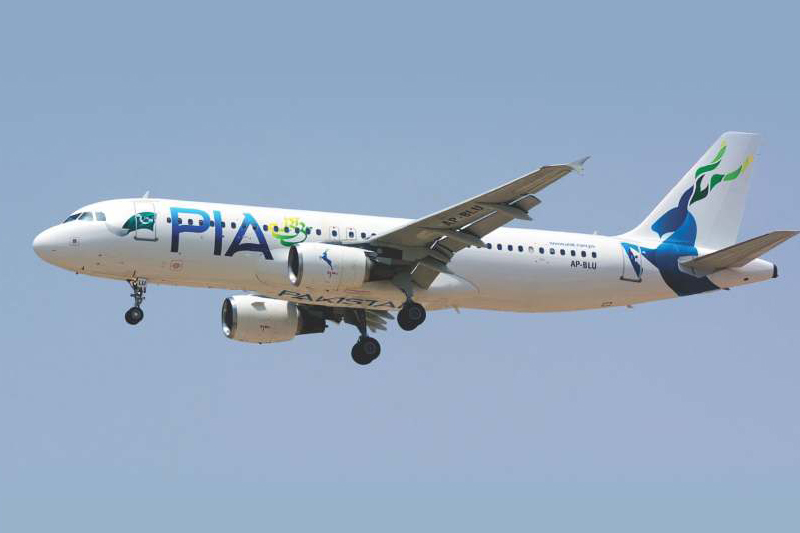 Pakistan shifts to digitalization: A prelude to the nuclear-powered nation's ambitious plan to open up for global business

After being stuck to antiquated systems of operations for 18 years, Pakistan International Airlines had recently successfully digitalized its passenger systems and is now focusing on MRO and cargo systems to reinvigorate the country’s ailing economy.

Pakistan continues to undergo political and economic reforms with the election of former international cricketer Imran Khan as the nation’s new Prime Minister in 2018. The Oxford-educated politician vowed to bring prosperity and opportunities for all by opening up the once feared nation for global business and more foreign investments. In close ties with China, the nuclear  powered countr y of 207 million people is undergoing economic liberalization marked with the privatization of all government corporations, modest government spending and more foreign direct investment. 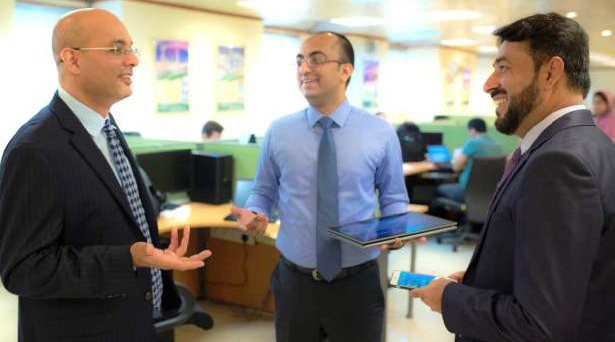 Poverty in Pakistan fell by more than 50 percent to 29.5% in 2014 from 64.3% in 2002 and experts believe the country is heading to major economic transformations that will change its standard of living for the better.
The multifaceted US$60 billion China-Pakistan Economic Corridor and the multi-billion Silk Road Project are fueling much growth to the country with about 60 percent of global imports and exports linked to China.

In the Gulf, the United Arab Emirates and the Kingdom of Saudi Arabia pledged investments and loans of US$20 billion each to Pakistan over the next ﬁve years  money designed to reinvigorate its economy.

Saudi committed at least US$10 billion of the money to be invested in a reﬁnery and oil complex to be built in the strategic Gwadar Port on the Arabian Sea, the site of the multi- billion – dollar China – Pakistan Economic Corridor.

Pakistan International Airlines, the country’s national carrier, is among the ﬁrst public entities to beneﬁt from the new government’s policy to implement major economic reforms.

“Recently, we delivered PSS & GDS migration projects successfully in record four months’ period – it was the biggest transformation project in PIA in the last 18 years,” said Sheikh, a telecom engineering graduate with MBA from the Institute of Business Administration (IBA), the oldest business school outside of North America established with support from Wharton School and the University of Southern California.

Established in 1946, PIA was among the ﬁrst airlines to serve in the Middle East and South Asia but due to politics and mismanagement, it was left behind by other new carriers. Its ﬂeet is only 32 aircraft, serving just 43 destinations. In contrast, Emirates which made its historic ﬂight to Pakistan in 1985, has 258 planes and serves hundreds of destinations.

“When we talk about PIA, it has a great legacy to carry along, PIA helped major industry leading airlines to stand on their feet including Emirates, Singapore Airlines and many others. Unfortunately, PIA lost its path due to externalities and politicization. But the current leadership under President & CEO of PIA Air Marshal Arshad Malik has great focus in transforming airline. We h a v e controlled our processes to a great extent and have reduced various ﬁnancial over heads ,” Sheikh explained.

“Now, focus is on a long-term strategic framework and business model for the sustainable PIA. We have developed new apps and various digital platforms t o streamline our customer’s journey. Our emphasis is on enhancing our customer experiences. So far, my experience in PIA is a roller coaster ride every day I face new challenges, new dilemma’s and new learnings,” he added. 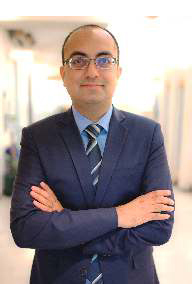 The new PSS (Passenger Services System) has not only improved the airlines’ efficiency but drastically improved the customer experience as well. We have put in a situation where we have to build our direct sales platform in a shortest one-month time and we delivered it to more than 1800 agents in over a week. Our direct sales increased to 60% from 5% in record one month. Along with that, PIA has launched its new website and mobile app. We are now focusing on MRO project and cargo systems along with many other projects in the pipeline.

Just like other government-owned airlines in South Asia, PIA has incurred losses in the billions and the bleeding continues with no adequate roadmap on how to rehabilitate them.

But Sheikh said digitalization will make PIA’s systems more efﬁcient and cut bureaucracy that stalls its growth.
PIA IT Chief Kashif Rana who to his credit successfully instituted digital transformations at companies he worked for like GE, Coca Cola, Etihad Group, among others, along with the airline’s General Manager and Head of Projects Asad Bukhari and Sheikh were tasked to carry out the digitalization project as swiftly as they can.

“Over the couple of years, PIA has incurred numerous losses and had to revamp its overall strategy and systems. We believe we can control ﬁnancial overheads, operational efﬁciencies and new venues for revenue additions. To achieve these targets and to get out of challenging situation digitalization across the organization is inevitable,” shared
Sheikh.

“PIA current Chief of IT Kashif Rana who joined PIA a year back….devised the strategic roadmap of PIA digital journey to bring state of the art technological tools to automate the operations and bring efﬁciency throughout the organization through collaboration with world leading companies. Our core strategy is to bring technology which is sustainable, efﬁcient in processes, reduces ﬁnancial overheads and above all that improves customer experience,” he added.

The IT and business analyst said PIA managed to migrate its PSS and DGS in record time despite ﬁnancial constraints and limited resources without canceling a single ﬂight.

“It was a challenging task for us with lots of ﬁnancial constraints, time and resource limitations but we were able to deliver on time without canceling a single ﬂight. The new system taken from Turkish based company called HITIT CS, which will give savings of more than 70% of our existing PSS cost in next ﬁve years,” said Sheikh who credited Bukhari and Rana for making the project possible.

Sheikh said the digitalization project’s results are encouraging as it increased the company’s direct sales to 60 percent from only 5 percent in just one month. PIA is now focusing its sights on the airline’s MRO and cargo systems, among other related projects, to generate more revenues and effectively serve customers.

“We are now focusing on MRO project and Cargo systems along with many others in the pipeline,” he said.
Over the past 15 years, PIA was investing about 1 percent of its annual budget but there was no long-term IT strategy and roadmap.

That had since been changed with the airline successfully devising a comprehensive digital trans- formation plan and increasing its budget for such to 4 percent annually.

“I think it’s a major step forward towards the airline long-term strategy of digitalization and bringing innovation in customer experience. Also, as you know the margins are very thin in airlines, so we are focusing to reduce our operational over heads so the company overall bottom line will increase,” said Sheikh.

Additionally, PIA also took the initiative of embracing the paperless cockpit concept and having the mandatory requirements for the cockpit crew digitalized.

“It will not only improve the operational efﬁciency but will also give big savings,” Sheikh described the measure.
The airline is also collaborating with the International Air Transpor t Association (IATA) to introduce a comprehensive national database related to immigration and traveling.

“Similarly, we have been working on IATA initiatives of ONE ID along with our national regulator NADRA to implement ﬁrst of its type system to integrate traveler’s data with the National Database of country to enhance the customer experience and ensure the security of travelers as well. It will open new venture for revenue as well as to provide customized services to our valued customers,” said Sheikh.

Engineering operations at PIA is also gradually being transformed to digital, the MRO in particular to increase productivity, cut costs, among other savings.

“We are also transforming our engineering operations b y collaborating with MRO partner (contract signing is in ﬁnalization phase), here we are also moving towards paperless environment. It’s not only environment friendly but will increase operational expertise and efﬁciency; we will be able to analyze operational challenges in-depth and can come up with better solutions as well,” Sheikh explained.

While digitalization is just one important component of the massive economic reforms planned for Pakistan under Khan’s administration, Sheikh said there are high hopes for its dynamic positive impact in the country’s overall economic growth. 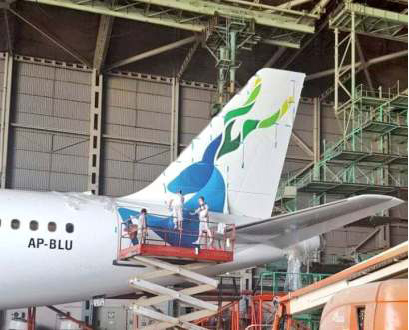 “Well, the people of the country including me have very high hopes with new government. Change doesn’t come radically in a single day but its evolving; we are getting an increase in Foreign Direct Investment (FDI). Government encouraging foreign investments in the country to improve overall GDP, this FDI will also result in the increase of foreign travelers to come to Pakistan, on the other hand tourism sector is also booming,” said Sheikh.

“As per global trends Northern areas of Pakistan are on top list for travel destinations. PIA being largest player in aviation sector in Pakistan has no other option but to improve the services by providing best customer experience and digitalization will lead to refurbishing the entire customer journey,” he added.

PIA’s digitalization is not only expected to boost passenger trafﬁc but cargo volumes as well with high- value goods preferred to be ﬂown via air freight.

“Pakistan has varied portfolio of import and export both, though its bit stagnant from couple of years but with new government policies for foreign investment has improved and global large manufacturers are considering Pakistan for the new facilities,” said Sheikh.

“We are expecting increase in overall trade trafﬁc to and from the country, considering all these aspects, we have already kicked off the project for new cargo system rollout to increase and improve our cargo services to cope up with upcoming trafﬁc,” he added.