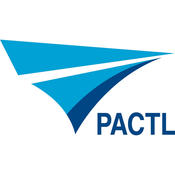 IATA established the Center of Excellence for Independent Validators (CEIV) in Pharmaceutical Logistics in order to help companies from the entire air cargo supply chain achieve excellence in their pharmaceutical handling operations. CEIV Pharma covers, or even supersedes, many of the existing pharmaceutical standards and guidelines, such as the IATA Temperature Control Regulations (TCR), the European Union Good Distribution Practices (EU GDP), the World Health Organization Annex 5 and the United States Pharmacopeia Standards.