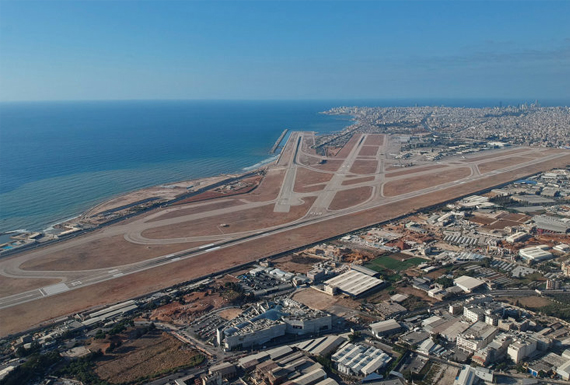 Normal flight operations to and from Beirut despite explosion

Flights are continuing to operate in and out of Beirut-Rafik Hariri International Airport despite moderate damage to the airport resulting from the massive explosion that happened recently at the city’s seaport.

Lebanon’s main airport is 10 kilometers from the site of the blast, which killed at least 135 people and injured more than 4,000 others. The explosion happened after a fire started at the port and ignited 2,750 tons of ammonium nitrate, which had been stored in a warehouse since 2013.

But UAE airlines Emirates, Etihad and flydubai are all continuing services to and from Beirut as normal, The National reported.

Lebanon’s national carrier, Middle East Airlines, will operate more than a dozen flights as normal, the airline said, despite the damage to the airport.

A spokesperson for the airline told The National that “no serious damage was sustained to any of MEA’s fleet on the ground”.

Flights in and out of Lebanon resumed on 1 July after three months of lockdown from the coronavirus pandemic, which has killed 68 people in the country.