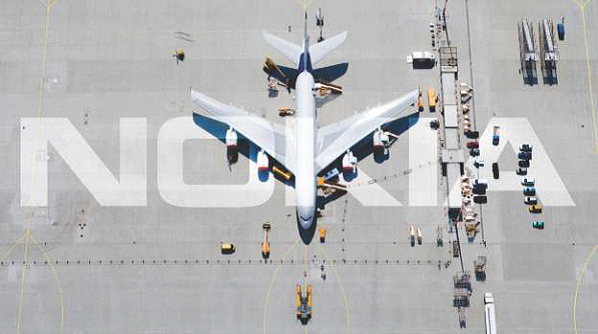 Nokia: From phones to building smart connected airports and skies

The UK-based Harris said Nokia’s Air Traffic Control (ATC) solutions are currently in use in at least 12 countries, which include Norway, Switzerland and Iceland.

We’re all too familiar with Nokia thanks to its mobile phones, which for a time were the most in demand in the world with its popular catchphrase “Connecting People.”

But this 153-year-old Finnish company has long been a beacon of innovation in telecommunications and information technology even before becoming famous for its mobiles and smartphones in the 1990s.

It was making professional mobile radios, telephone switches, capacitors and chemicals for the military and for commercial use. In the 1960s, the Soviet Union tapped it for products like telephone exchanges and robotics and even ventured with Kremlin into a joint scientific tech research.

Past the era of its mobile phones, Nokia has successfully rebounded with billions at its disposal. Last year, the company reported annual revenues of about €23 billion, which in 2015 was just valued at €12.5 billion. Today, it has over 100,000 employees across 100 countries, doing business with 130 nations and highly valued for its tech inventions, aviation in particular.

Rajeev Suri, the Indian-born Singaporean citizen whom the company tapped as Chief Executive Officer in 2014, is said to be the driving force behind Nokia’s recent trans-formation, including its acquisition of Alcatel-Lucent and its successful expansion into vertical markets, the creation of a standalone software business, and the return of the Nokia brand to mobile phones. 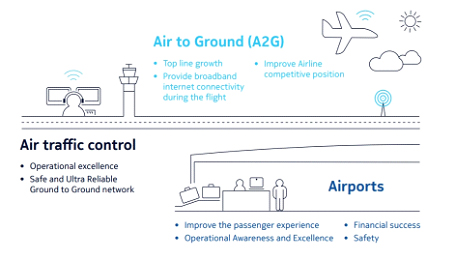 An Electronics and Communi-cations Engineering graduate from Manipal Institute of Technology in India, Rajeev is leading the company to venture into more technological products critical to the onset of the Fourth Industrial Revolution commonly referred to as Industry 4.0.

Richard van Wijk and Mervyn Harris, Program Owner Aviation and Director-Air Traffic Manage-ments GEPS-Transportation at Nokia’s offices in The Netherlands and the United Kingdom, respectively, talked to Air Cargo Update in Dubai about the company’s unique solutions for airports and passenger aircraft now in use in the majority of countries in the European Union and elsewhere in the world.

The UK-based Harris said Nokia’s Air Traffic Control (ATC) solutions are currently in use in at least 12 countries, which include Norway, Switzerland and Iceland. 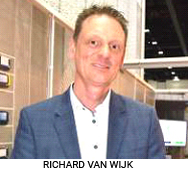 “There’s no other company that can boast of that as reference,” said Harris who used to work for the UK’s National Air Traffic Services (NATS) and SITA, the world’s leading company providing IT and telecommunication services to the air transport industry. “Our mission control network, the product that we have, addresses issues relating to legacy environment application critical for air traffic control to meet ICAO (International Civil Aviation Organization) requirements.”

With millions of passengers passing through different airports on a daily basis, communication systems play a critical role in ensuring seamless operations at every station to protect lives and properties.

In today’s world, airports are like mini-cities made up of different industries, concessions, retail shops, airlines, service companies, public safety organizations and government agencies like air traffic control, customs, immigration and border control. They employ millions across the globe and generate billions in aviation and non-aviation related revenues. 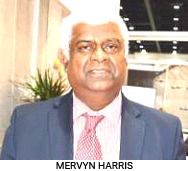 This technology has been here for some time now but companies like Nokia are only utilizing its commercial potentials this year with demand for high-speed internet while flying growing.

“This year, we’re launching the commercial European Aviation Network with 30 countries in the EU plus Norway and Switzerland with LTE based stations,” said Van Wijk.

This integrated air-to-ground and satellite network of Deutsche Telekom and Inmarsat powered by technology from Nokia and Thales for MSS-S-band frequencies had the International Airlines Group (IAG) as its first customer.
In the Middle East, company representatives have been invited to make presentations about their products. “We have several meetings with aviation officials here and they have invited us to discuss our products. They are very supportive and we are very happy about it,” said Harris.

Tensions remain high between Ukraine and Russia over the latter’s invasion of Ukrainian territory Crimea in 2014.
“Nokia is working with them (Ukraine) and we’re also working very closely with Russia. We’re in the middle of tenders now. We’re more than happy to support them.”

Nokia believes technology will transform the future for the better & it’s slowly being felt in many ways.
“People associate Nokia as a brand with the mobile phone but once we explained what we do, they are very surprised in a very positive way. We bring a vision on where we want to go in the aviation industry,” said Van Wijk.