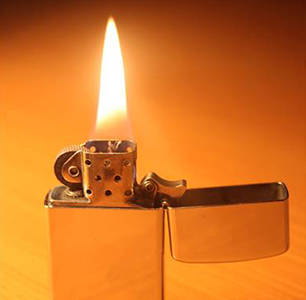 No lighters allowed in Indian airports

MUMBAI: If you’re thinking of traveling to India, ditch your lighters before reaching the airports if you don’t want to be arrested and detained. India’s Central Industrial Security Force (CISF) is now empowered to arrest passengers carrying lighters at airports. The precautionary move aimed at thwarting any possible security attacks have so far resulted to 10 arrests on a daily basis, officials said. The offense is not considered criminal in nature but passengers caught with lighters are required to make a written apology before they are released.