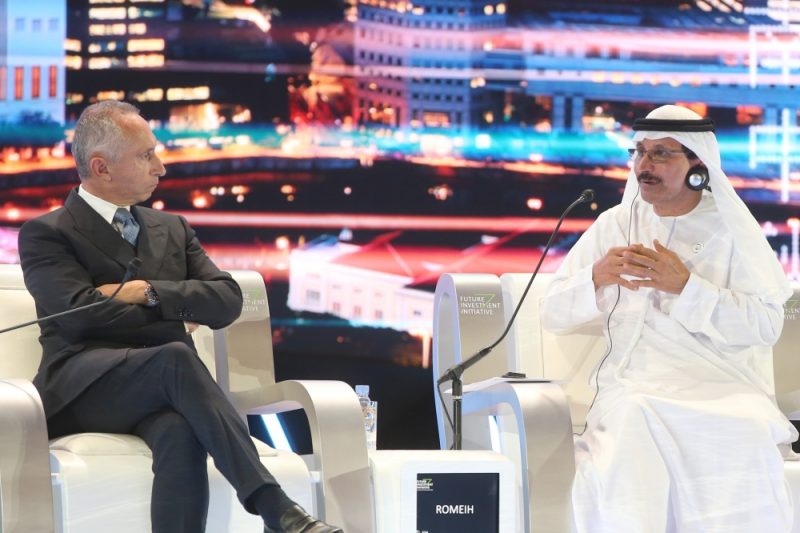 Global trade enabler DP World has highlighted its ambition to use Hyperloop and blockchain technologies to revolutionize the movement of cargo across borders.

Speaking at the Future Investment Initiative in Riyadh, Sultan Ahmed Bin Sulayem, Group Chairman and CEO of DP World, already the biggest investors in Hyperloop technology, announced that it is working on a new type of Blockchain technology that will make the movement of cargo more transparent to the cargo owner.

Speaking about the potential of Hyperloop technology in Saudi Arabia and enabling smarter trade, Bin Sulayem said, “As the largest investor in Virgin Hyperloop One, we want to ensure that we are bringing this game changing technology to the region first. The UAE and the Kingdom of Saudi Arabia have evolved into leaders in international trade, and Hyperloop One could bring major economic benefits with the the potential to unlock continents over vast distances. Here in KSA, the Red Sea is a major artery of global trade – over 10% of the volume of world trade passes through it but 90% of ships using it bypass Jeddah. We believe that using our latest technologies, we can help make Saudi Arabia and Jeddah an efficient cargo hub for the continents of Africa, Asia and Europe.”

Trade and infrastructure are key pillars in enabling growth supported by technology and automation and DP World is working closely with the Saudi government to explore new opportunities for development.

“This region was a knowledge importer; but now it is becoming a knowledge exporter with the technologies we are using in our operations,” said Bin Sulayem.